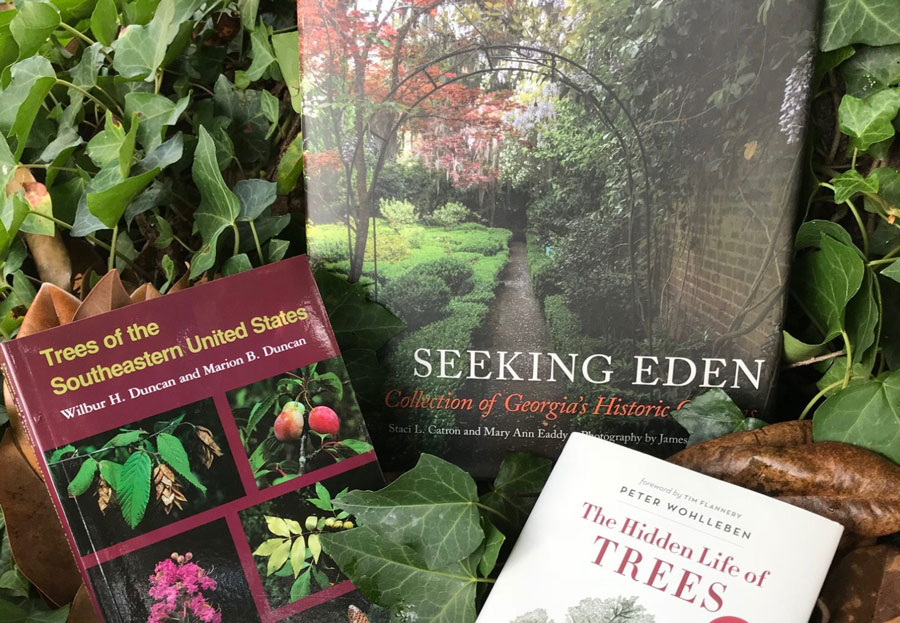 September is Tree Month at Oakland. Learn to Identify the trees around you and appreciate their importance in the Southeastern U.S. with these in-tree-guing titles from our Museum Shop:

The Hidden Life of Trees Are trees social beings? In this international bestseller, forester and author Peter Wohlleben convincingly makes the case that, yes, the forest is a social network. He draws on groundbreaking scientific discoveries to describe how trees are like human families: tree parents live together with their children, communicate with them, support them as they grow, share nutrients with those who are sick or struggling, and even warn each other of impending dangers. Wohlleben also shares his deep love of woods and forests, explaining the amazing processes of life, death, and regeneration he has observed in his woodland. $24.95

Trees of the Southeastern US This popular guide enables users to quickly and confidently identify any of the trees of the southeastern United States, from the common loblolly pine or red mulberry to the rare Pinckneya (fever-tree) or goat willow. The guide treats more than 300 species―every one known to occur in the region, from the Coastal Plain to the highest elevations. Included are trees native to the region as well as those introduced and now reproducing. $27.95