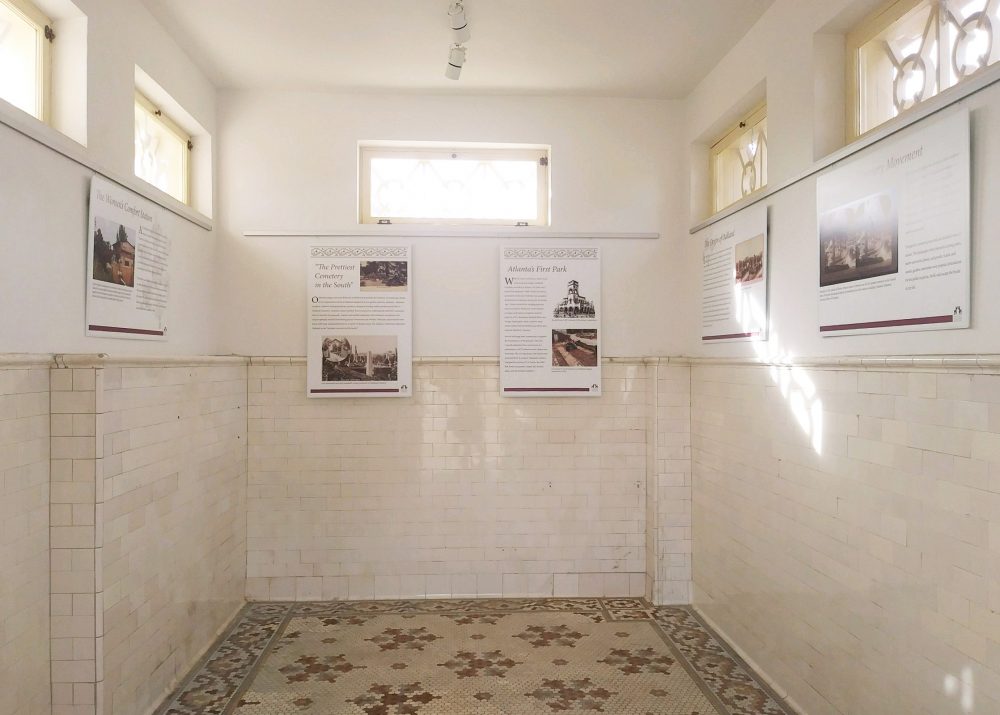 Restoration of the Women’s Comfort Station has been a major undertaking for the preservation team at Oakland and took seven months to complete. The project called for extensive exterior rebuilding which included repairs to the brick masonry, complete reconstruction of the stone parapet roof, and the painstaking salvage of the building’s original pressed metal shingles. A microscopic paint analysis of all painted surfaces allowed the preservation team to return the building to its original 1908 color scheme. Additionally, work for the Comfort Station’s interior included replicating and resetting thousands of missing one-inch hexagonal mosaic floor tiles. Glazed subway tiles were also replicated to fill in for damaged or missing tiles. Whenever possible, materials from the original historic features were salvaged through repair rather than replaced in order to maintain the building’s historic integrity.

Now that the restoration of the Women’s Comfort Station is complete, the historic structure is ready to house its first exhibit, which will focus on Oakland’s history as a garden cemetery. The exhibit describes the rise in popularity of early garden cemeteries and Oakland Cemetery’s development as a public green space.

We invite you to visit the current exhibit. The building will be open to the public Monday through Friday from 10 a.m. to 2 p.m. The Women’s Comfort Station is located at the intersection of the Jewish Grounds, the Confederate section, and the African American Burial Grounds. View map.