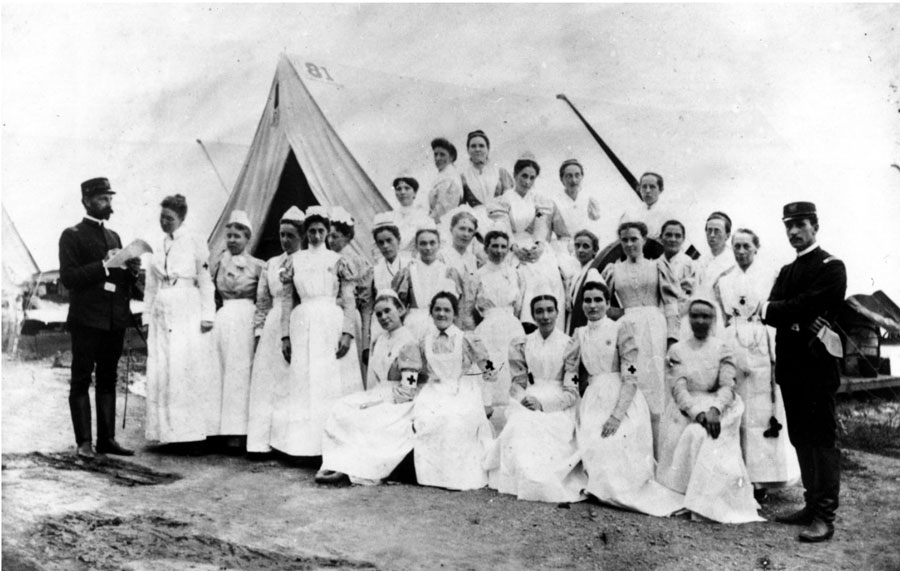 On the eve of the Civil War, Atlanta was home to near 10,000 people. The city boasted substantial commercial and manufacturing districts, as well as four major railroads. Even though Atlanta was not Georgia’s largest city (that honor belonged to Savannah) or the state capital (Milledgeville), the city was of strategic importance to the Confederate War effort, especially because of the railroads it housed.

Citizen and Commercial Support
Many Atlantans actively supported the Confederate cause. Men were eager to enlist after war broke out in Spring 1861. A majority of the troops in Georgia’s twelve infantry companies were from Atlanta. Men were not the only ones who contributed to the cause. Many women on the home front set out to start fundraising groups to aid families that lost household-supporting men.

Businesses, such as the Atlanta Rolling Mill, started producing more products that would be helpful to the Confederacy. The Atlanta Rolling Mill was one of only two mills in the South that could produce railroad rails. Before the war, the mill had been re-rolling old railroad rails but began producing other products once the war began. Workers rolled out sheets of iron for Confederate ships, iron rail, and cannons. The mill was bought out in 1863 and renamed the Confederate Rolling Mill. It remained an important asset to the Confederacy until it was blown up by retreating Confederate cavalrymen on September 1, 1864, to prevent Union forces from acquiring the mill and munitions.

In early 1862, Atlanta took on the role of the South’s military medical center. Hotels and municipal buildings became makeshift hospitals and the Atlanta Medical College suspended classes. A large hospital complex was also built on the city fairgrounds. The fairgrounds were located by the Georgia Railroad. Construction began on June 9, 1863, in hopes of relieving the already overcrowded hospitals. It was named the Heery Hospital after Assistant Surgeon Daniel Octavius Council Heery. A hospital camp was established near Oakland Cemetery.

During the Civil War, women all over the nation took on new roles both in the public and private spheres to protect their respected causes and families.

Atlanta Women Take a Stand
During the Civil War, women all over the nation took on new roles both in the public and private spheres to protect their respected causes and families. Women were important in both supporting and helping in the Civil War effort. Many women took charge of their families while their husbands and sons were off fighting. Other women worked as volunteers, nursing soldiers near the front or providing aid to struggling neighbors at home. A few ladies even joined the fight, disguising themselves as soldiers to fight for their country. Even though a lot of the work that the women did was behind the scenes, their labors were critical to the war effort – on both sides.

Elite white women were key supporters of secession after Abraham Lincoln won the presidency in 1860. When the vote of secession was cast on January 19, 1861, many women, elite and poor alike, were elated that they had broken free from what they viewed as the Union’s oppressive hold on southern states. When it came to enlistment, women also played a key role in that. Southern wives, daughters, and sisters appealed once again to their men’s sense of masculinity and honor to enlist and defend the Confederacy. Many women engaged in volunteer efforts that proved incredibly important to the Confederate cause. They formed aid societies that made things for soldiers such as socks, shirts, gloves, bandages, and blankets.

With most of the men off at war, women had to step up into roles that they had previously been excluded from. Many women and young girls assumed the management of their family’s farms, homes, plantations, and businesses. Working-class women took up jobs in manufacturing (in factories and arsenals) to help get money to support their families. Even though some work opened to female workers, these opportunities were exclusive to white women. 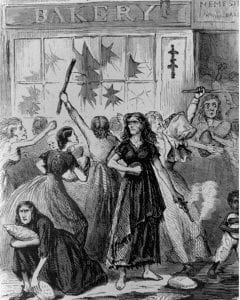 As early as 1862 families began to experience food shortages, especially the families of yeoman farmers. By the war’s midpoint, many Georgia women were desperate for food and supplies. Looting and raids often ensued from this, women driven by hunger and desire to provide for their families saw no other option for survival. Riots occurred in cities and small towns across the Confederacy. In April 1863, sixty-five women, armed with pistols and knives, looted stores along Broad Street in Columbus, Georgia. Police had to be called in to restore order. These bread riots in a sense undermined the support for the war and led to many men deserting their posts in the army to return home and help their families.

Spotlight on the Clayton Girls
Sixteen-year-old Augusta “Gussie” King Clayton volunteered in a military hospital during the siege of Atlanta in 1864. Many women worked and volunteered in the hospitals. Volunteers helped read to the wounded soldiers and write letters to their loved ones. Older, married women could help nurse wounded soldiers, but young, unmarried girls (like Gussie) were discouraged from touching soldiers.

Gussie contracted typhoid while working in the hospital and died on July 22 during the Battle of Atlanta. Typhoid was a common disease to contract during the war, especially after working in the hospitals. The close living proximity and overcrowdedness of the hospitals led to virulent conditions. Individuals could be contagious and still look perfectly fine, which led to further spread of the disease. With the ongoing shelling of the city, the Clayton family was unable to conduct a proper funeral for Gussie and bury her in the family lot at Oakland Cemetery. Instead, Gussie was buried in the family garden. Gussie’s sister, Sarah Clayton, recalled the dangers of having the funeral and told of the shells that landed near them as they held the service. Years later, Gussie’s remains were interred during a private sunrise service at Oakland Cemetery.

Sarah “Sallie” Conley Clayton was 19 years old during the siege of Atlanta and later wrote a memoir about her experiences, Requiem for a Lost City: A Memoir of Civil War Atlanta and the Old South. Published posthumously in 1999, the memoir shares the real-life experiences of a girl living in a worn-torn country. Sallie details the losses that her family suffered, especially the loss of her younger sister, Gussie. It also shows that even though her family was one of the richest in Georgia, they were not excluded from the hurt and devastation that the war caused. Sallie Clayton died on February 5, 1922, and is buried next to her sister Gussie in Oakland Cemetery. 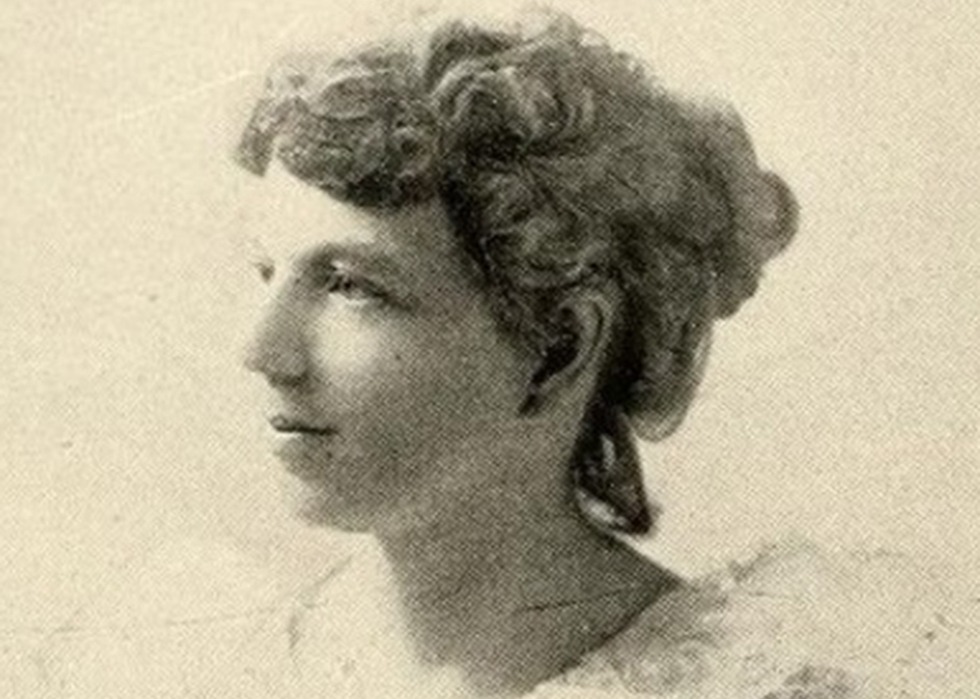 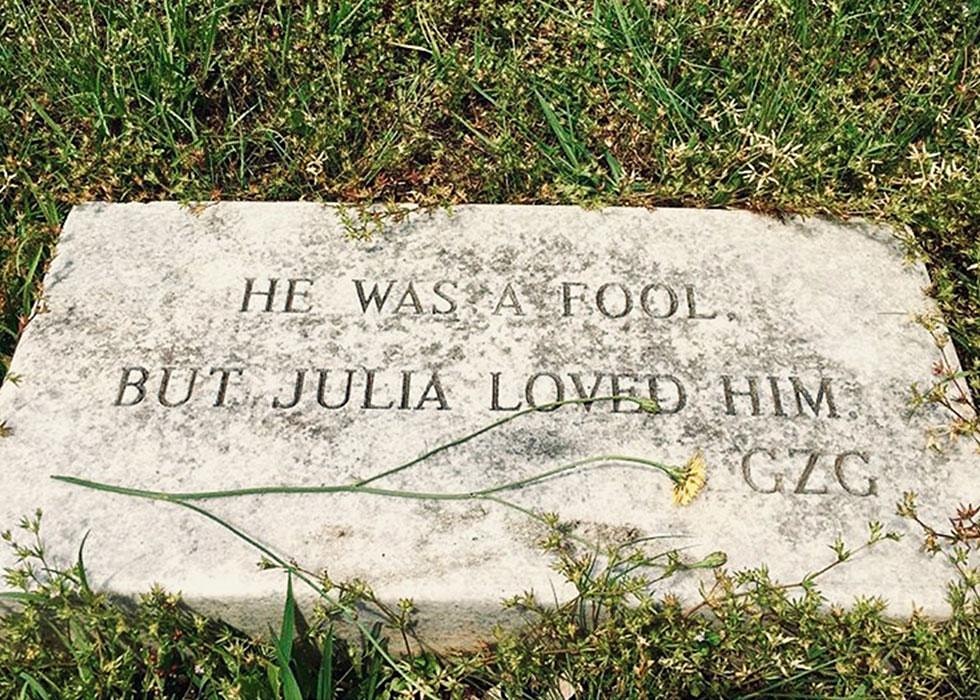 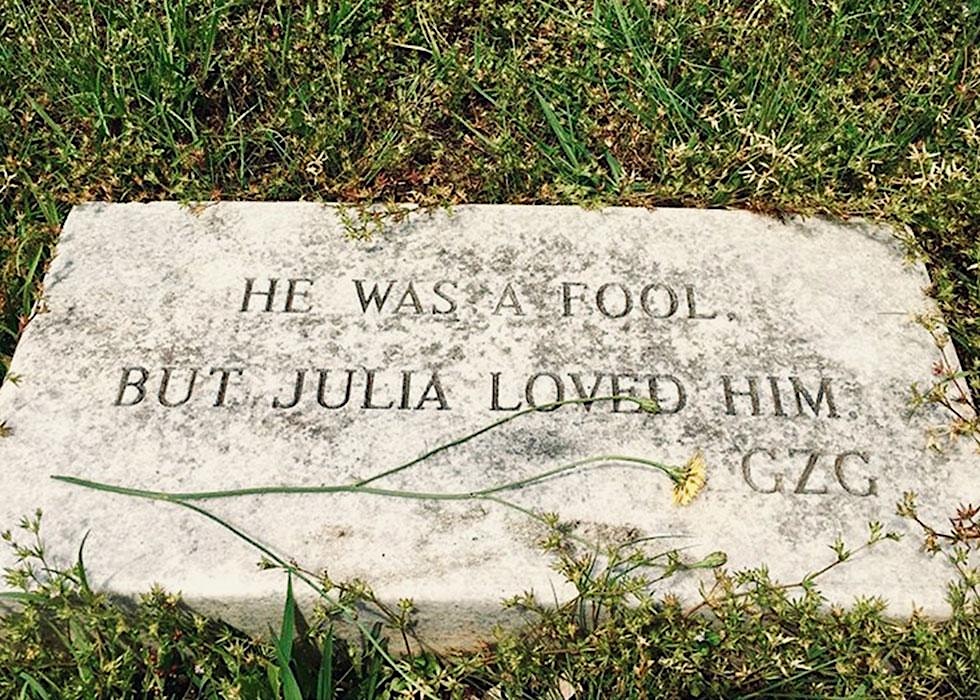 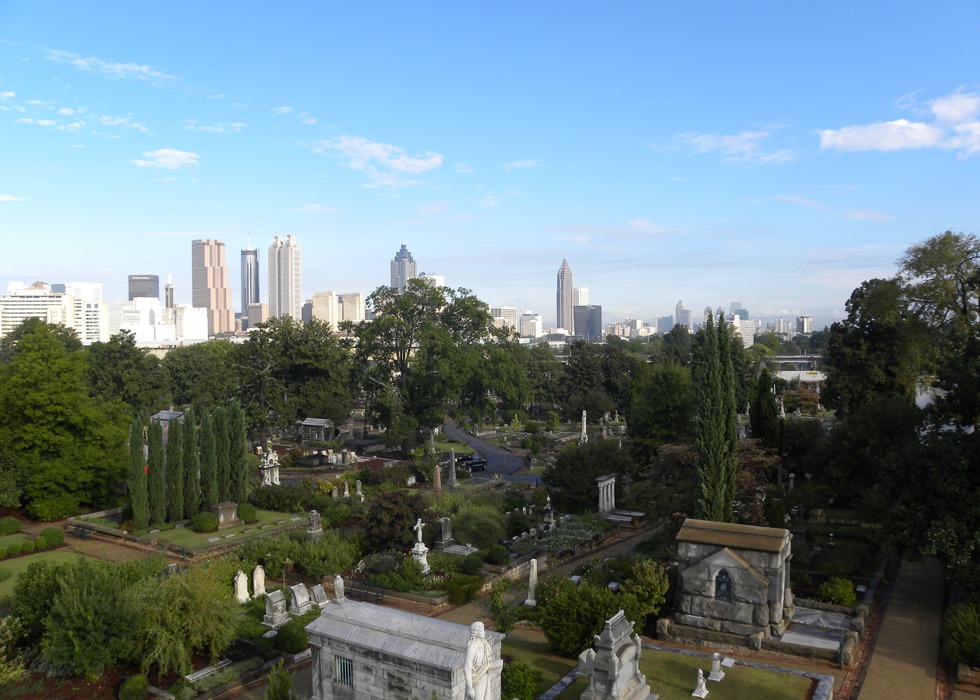 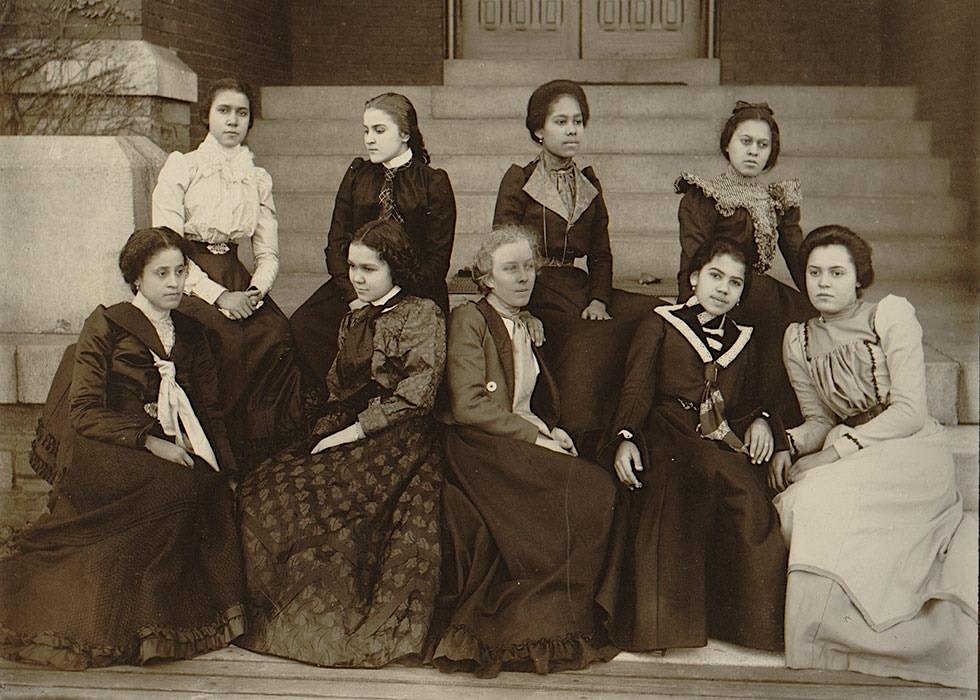 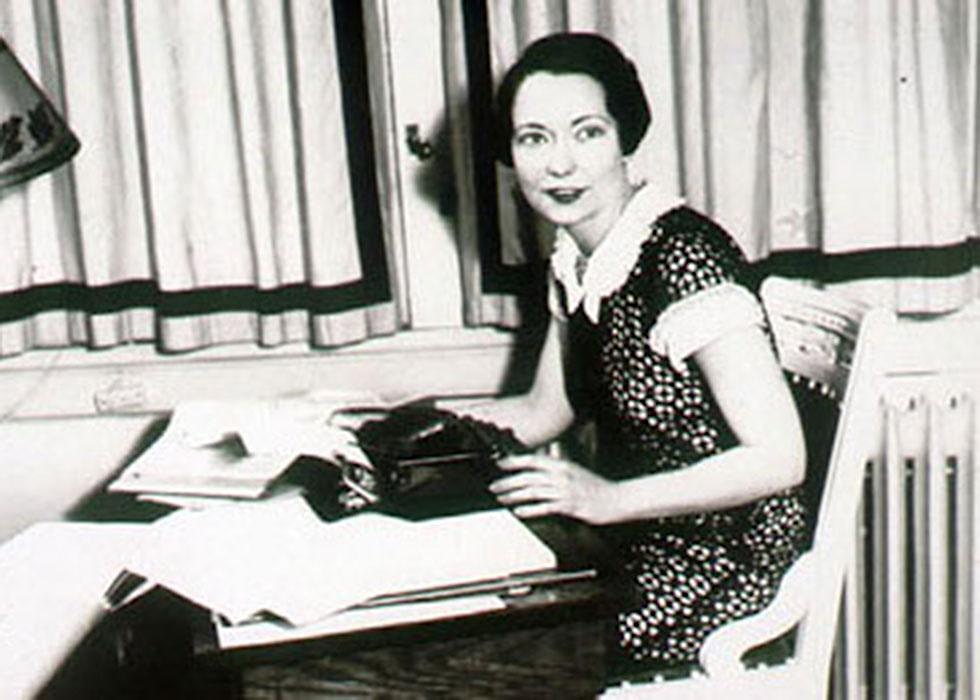 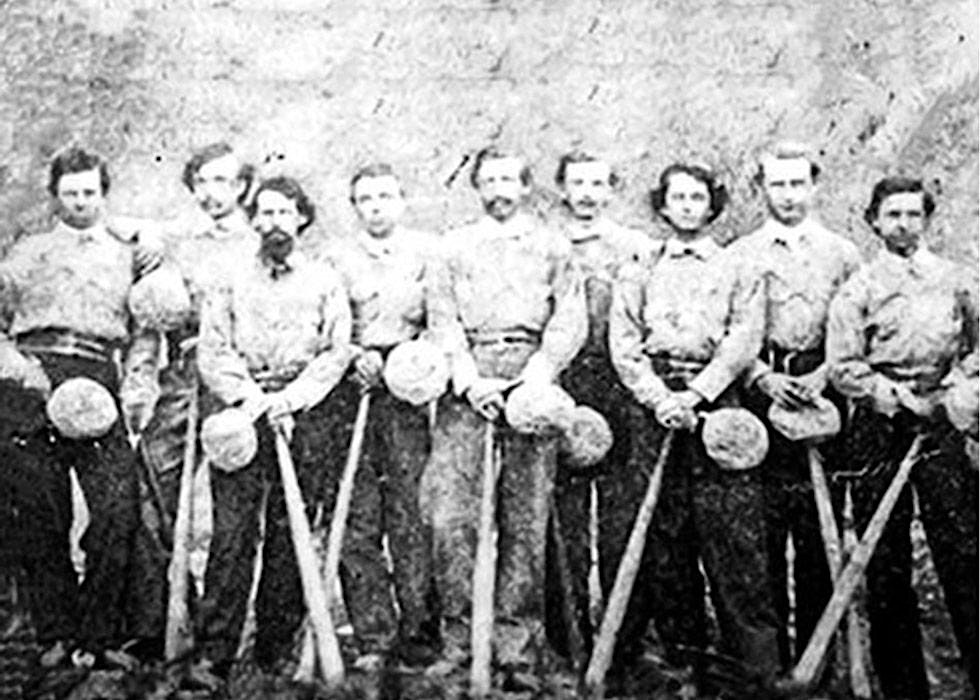 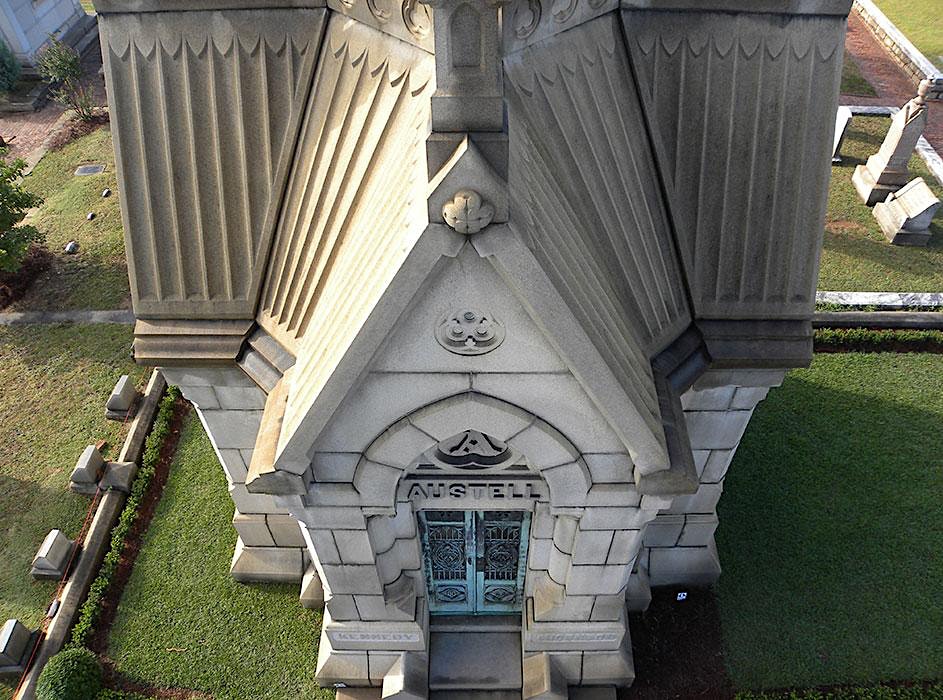 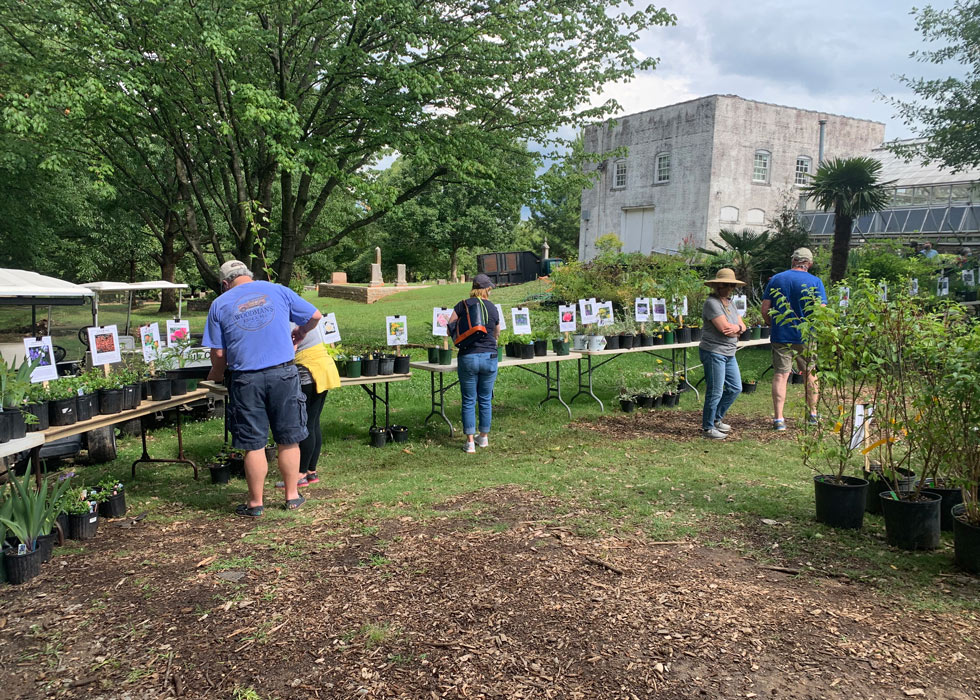