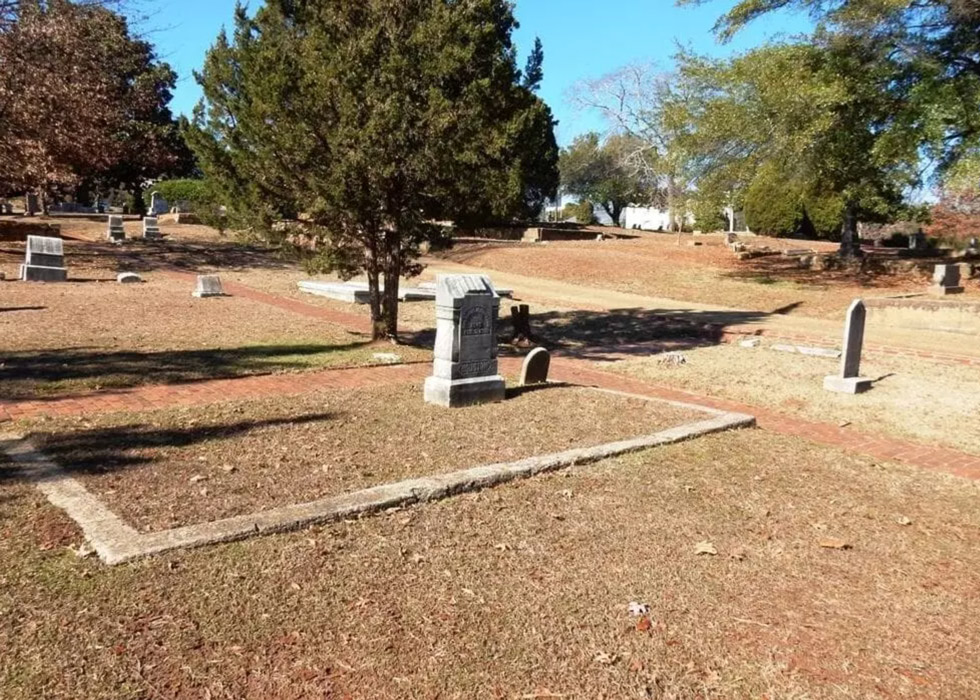 Rev. Rufus H. Houston’s grave marker, found in Oakland’s historic African American burial grounds, resembles a lectern like those found in the pulpit of a church. It bears the following epitaph: “Mark the perfect man, and behold the upright: for the end of that man is peace” (Psalm 37:37). The slanted top of the marker holds a book or Bible, an appropriate symbol of Houston’s calling to the ministry. Houston was born enslaved in Savannah in 1845 but spent his early life in Athens, Georgia. At age 11, he was sold away from his parents and remained separated from his family until slavery was abolished.

By the close of the Civil War Houston had almost nothing, but he had managed to earn and save $6 in silver. Like thousands of freed slaves, he relocated to Atlanta seeking a better way of life. He continued to save his earnings and opened an account in the Freedman’s Savings and Trust Company. When the bank closed in 1874, Houston and tens of thousands of African Americans (who had mistakenly believed their money was insured by the federal government) were devastated to learn they had lost their entire savings.

Two years later, in 1876, Houston suffered an even greater loss when his wife Frances died. Houston worked as a laborer, then as a domestic servant, continuing to live on a small portion of his earnings while rebuilding his savings. Though he would eventually work for the U.S. Post Office at an annual salary of $450, the satisfaction of accumulating money was never enough for Houston. For years, he had aspired to be a minister, and for that, he felt he needed an education. Because he could not go to school during the day and continue to work, he hired a tutor.

When the Storrs School began offering night classes, he was able to attend school for the first time in his life. In 1882, he married his second wife, Laura Boyd, a Christian woman who supported his goals. Houston’s years of patient effort—striving, saving, and studying—finally paid off. In 1885, he was ordained as a deacon of Friendship Baptist Church, and in 1890 he was licensed to preach.  Houston’s biblical epitaph effectively summarizes his life. He desired to follow a righteous path, living in a bold and courageous manner that others could emulate, and despite the troubles he encountered in his life, he ultimately triumphed. Houston’s journey to the pulpit took him from slavery into freedom, through adversity and sorrow, and brought him from illiteracy to enlightenment to become an educated man of God.

This article, republished from our archives is by Dr. DL Henderson. Dr. Henderson is a professional genealogist and board advisor at Historic Oakland Foundation.