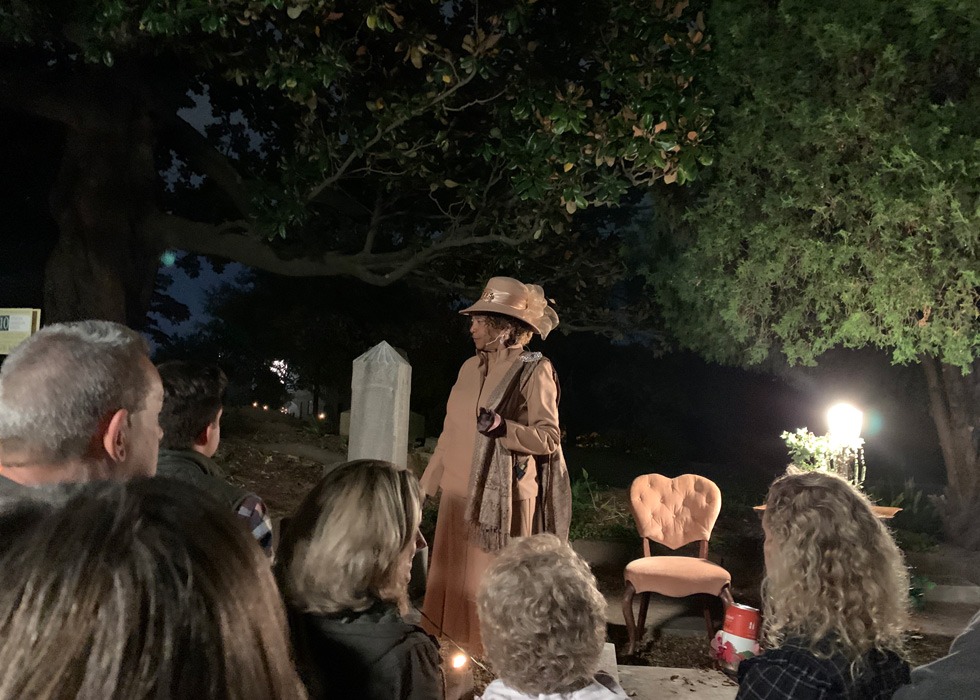 This is part three of a blog post series highlighting the Oakland Cemetery residents featured in the 2019 Capturing the Spirit of Oakland Halloween tours.

The daughter of two Atlanta University professors, Marie Antoinette Woolfolk Taylor was a life-long champion for education and the rights of Black women. She illustrated this commitment by co-founding Alpha Kappa Alpha Sorority, Incorporated, the first sorority established by and for African American women. Taylor attended Atlanta University and later Howard University, where she developed close friendships that led to the founding of Alpha Kappa Alpha. She served as the first secretary of the sorority. Following her graduation magna cum laude in 1908, Taylor studied at the Schauffler Training School for Social Services in Cleveland, Ohio, where she was the only African American student. She returned to Atlanta to accept a position as a social worker and teach night school. Marie Woolfolk Taylor served as a member of many civic organizations, including the NAACP, the Community Planning Council, Community Chests (now United Way), and the Carrie Steele-Pitts Foster Home.