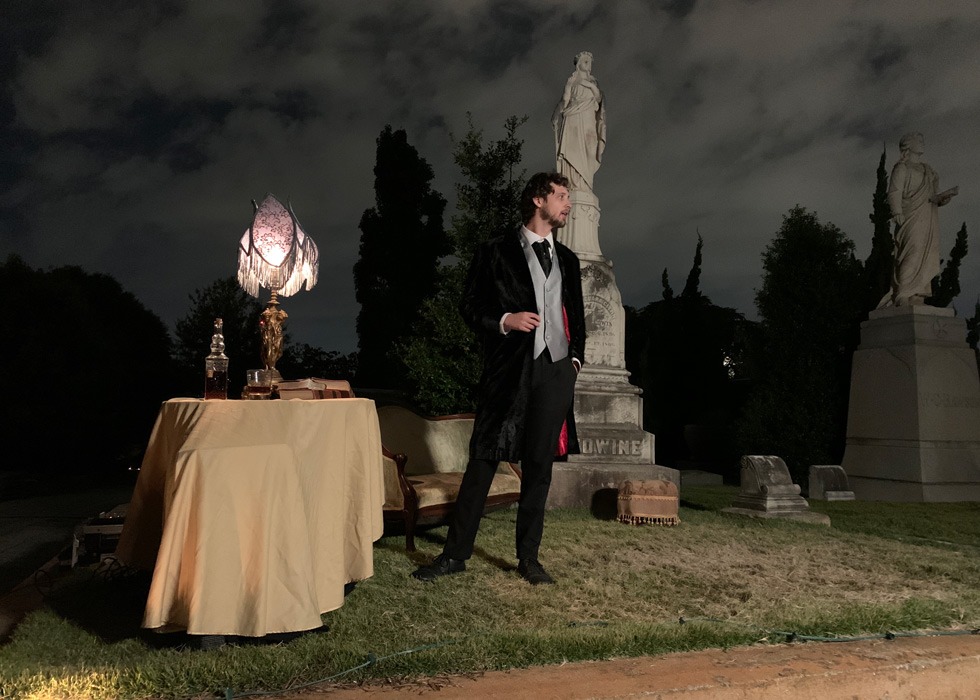 This is part seven of a blog post series highlighting the Oakland Cemetery residents featured in the 2019 Capturing the Spirit of Oakland Halloween tours.

In 1893 Lewis Redwine shocked the people of Atlanta by masterminding an embezzlement scandal that brought down one of the region’s most influential banks. As a young man, Redwine moved through the social circles of Atlanta’s young and affluent, belonging to the Cotillion Club “although he did not dance,” and the Piedmont Driving Club, “although he did not drive.”

In 1881 he accepted a position at the Gate City Bank, where he was well-liked and trusted, quickly rising through the ranks of the institution. After a bank examiner discovered discrepancies in Redwine’s account, Redwine fled to a saloon and then hid in a boarding house. What followed was a highly publicized manhunt that implicated some Atlanta’s highest-flying socialites. Eventually discovered and imprisoned, Redwine was pardoned by President William McKinley in 1897 even though the funds he embezzled—almost a million dollars in today’s money—were never recovered.