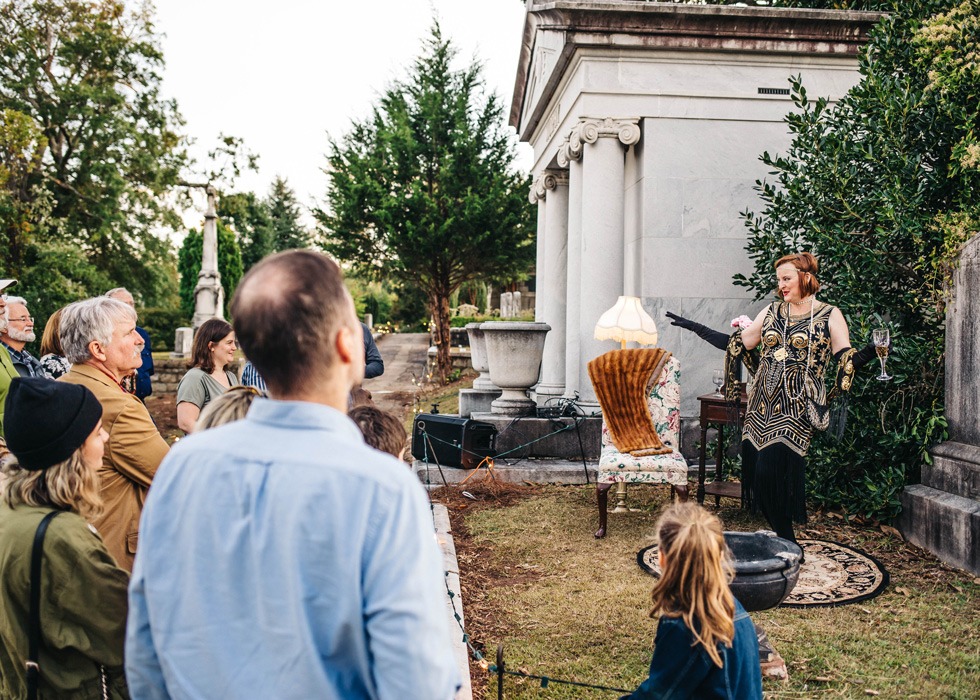 This is part one of a blog post series highlighting the Oakland Cemetery residents featured in the 2019 Capturing the Spirit of Oakland Halloween tours.

Born into a wealthy Atlanta family, Julia Gatins Murphy Hungerford spent her childhood moving between Atlanta, Palm Beach, New York, and Paris. She was a well-known socialite and her marriage to the Coca-Cola bottling heir and playboy, Conkey Whitehead, made her even more famous in the society pages of the local press. The couple was notorious for their wild and extravagant parties at Villa Juanita, their mansion on West Paces Ferry Road. Their marriage ended in scandal after Conkey ran off to Cuba with a young dancer. Following a contentious and public divorce, Hungerford was awarded the Villa Juanita property. She remarried in 1932 to Osgood Robert Hungerford. Hungerford maintained her lifestyle of traveling and hosting lavish parties until her death in 1935 at age 38.