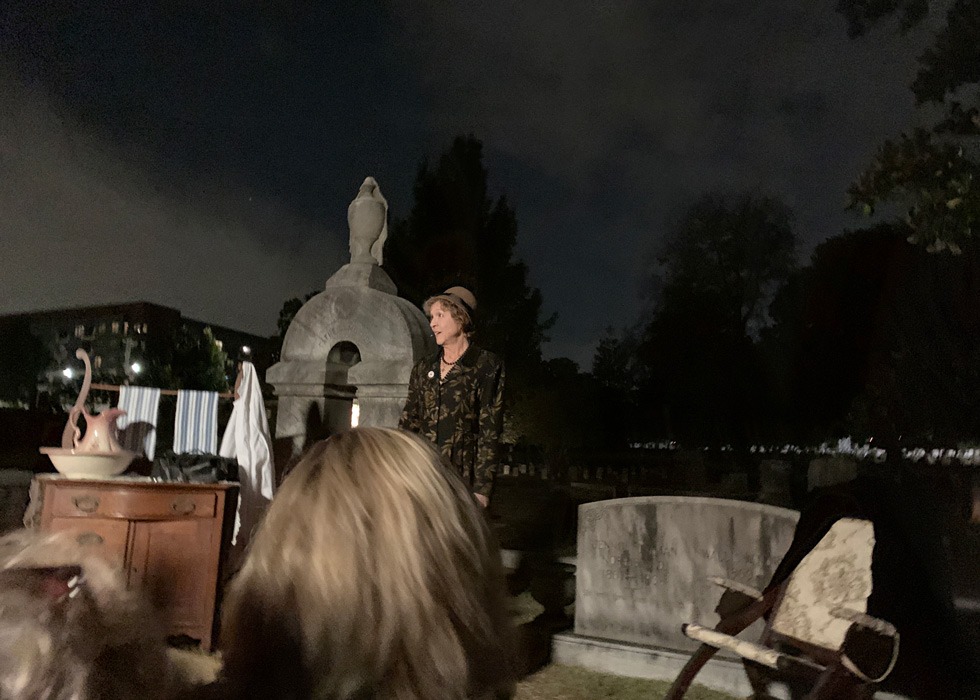 This is part four of a blog post series highlighting the Oakland Cemetery residents featured in the 2019 Capturing the Spirit of Oakland Halloween tours.

Dr. Jennie Newman Norris was one of Atlanta’s first female physicians. She oversaw the birth of thousands of babies and provided care for over 150,000 cases during her career, which spanned more than 30 years. When her poor eyesight prevented Norris from pursuing a career as an artist, she decided instead to enter into the medical field. Norris graduated from the Grady School of Nursing and belonged to the first graduating class of the Women’s Medical College of Georgia. Norris married twice and her second husband, who never attended medical school, assisted her in her practice. In 1918, the couple was arrested for practicing an “illegal operation” on a patient in an attempt to save her life. They were cleared of all charges, and Norris returned to practicing medicine from her Oakland Avenue home and office until shortly before her death in 1938.