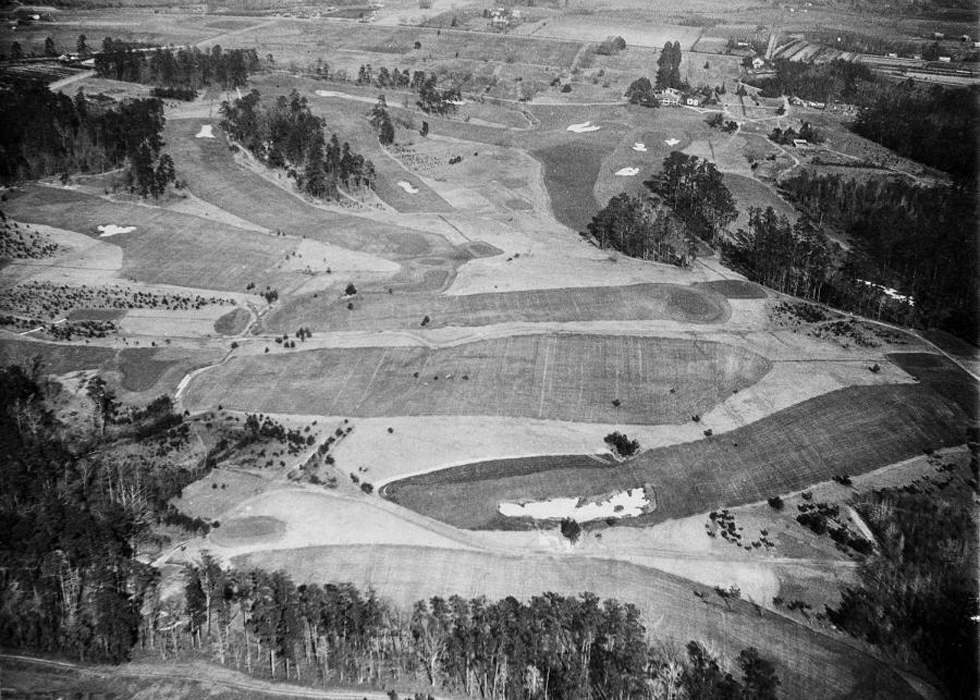 This is Masters Season and many of us are missing both the tournament and the gorgeous spring views of blooming azaleas, perfectly groomed greens, and other natural beauty. This beauty was important to Bobby Jones, whose gravesite is just east of the pedestrian gate. He loved the beauty as well as the game and was committed to sharing both with generations of golfers.

In 1931, Bobby Jones was looking for a piece of land on which to establish a golf course. He had considered various parts of the South without finding the right site when a friend suggested Augusta and took him to see property that had been the home of Fruitland Nursery.

He knew immediately that he had found the property he wanted, exclaiming “Perfect!  And to think this ground has been lying here all these years waiting for someone to come and lay a golf course on it.”

This property already had a rich history by the time Jones saw it, having been the site of an influential nursery from 1853 until around 1918. Fruitland began as a small nursery belonging to Denis Redmond, and quickly grew through sales of fruit trees, ornamental trees and shrubs. He sold a half interest in the business to Dr. Louis Mathieu Edouard Berckmans and his son, Prosper Jules Alphonse Berckmans, in 1857 and the Berckmans became sole owners in 1858. They were highly respected horticulturalists, contributing much knowledge and many new plants to southern gardens. The breadth of their offerings is seen in their catalogs, which included vast numbers of camellias, roses, azaleas, and peonies as well as such classic favorites as the tea olive (Osmanthus fragrans). Many of these were imported from around the world and propagated at the nursery for sale to their customers, with shipments going to China, Australia, Japan and everywhere in between. The Berckmans sold the nursery about 1918 and it did not succeed under the new owners. It had been virtually abandoned by the time Bobby Jones first saw it, however many of the original plants survived.

Bobby Jones chose Dr. Alister Mackensie of Scotland as the course architect, and it was planned that the 18 holes would recreate Jones’ favorite holes from other courses. He also wanted to maintain the beauty that had first attracted him to the site, and the course was developed to preserve these original plantings whenever possible. Prosper Jules Alphonse Berckmans, Jr. and Louis Alphonse Berckmans were hired to assist with these horticultural plans. It was largely these original plants that inspired much of the landscaping and many of the 18 holes were named in their honor.

Examples of these 18 plants were planted at Oakland in the 1990s to honor his memory, however some did not flourish. These have recently been replanted in the area surrounding his grave and we have temporary signs and a map you can download to guide you to each. These new plants are young, but we look forward to their beauty increasing over the coming years. Additional plantings will be selected from Fruitlands’ extensive list of ornamental trees and shrubs. This area will never match the beauty of Augusta National, but we hope that it will reflect that beauty and the love Bobby Jones had for the site.