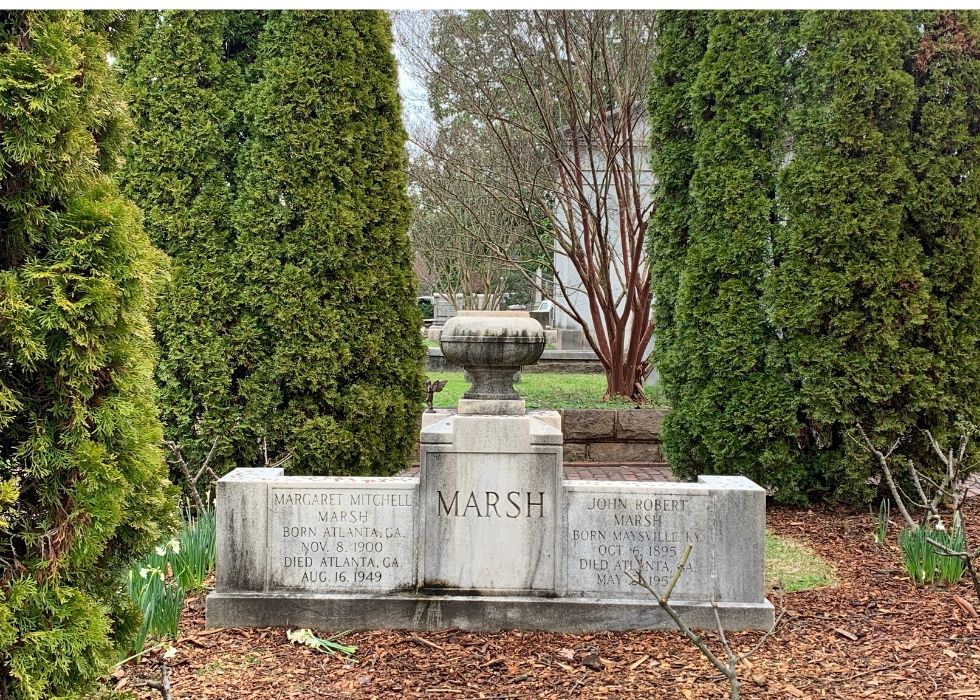 John Robert Marsh was born on October 6, 1895 in Maysville, Kentucky. He was the third of five children born to Mary Douglas Toup and Millard Fillmore Marsh. Named for president Millard Fillmore, Marsh’s father was the editor of the Maysville Daily Bulletin. After a bout of scarlet fever damaged his hearing and left him with a mild case of epilepsy, young Marsh spent most of his time with his father at the newspaper office. He developed an interest in the paper, and friends of the Marsh family thought he would follow his father into the news business. But in 1904 Millard Fillmore Marsh died of a heart attack. Marsh’s mother accepted a teaching position at the First Ward School in Maysville to support her family after her husband’s death. She later became principal of the school, and saw to it that all her children received a college education.

In 1912 Marsh moved to Lexington to attend the College of Arts and Sciences at the University of Kentucky. He became the associate editor of the college yearbook (The Kentuckian) and was the editor of the university’s newspaper, The Kentucky Kernel. Marsh joined the staff of the Lexington Herald, a morning paper, as a proofreader. Later, he became a reporter for the evening Lexington Leader. In 1916 Marsh graduated from college with majors in English and journalism. He was accepted into graduate school and started a job as a part-time English instructor to support himself.

In September 1917 Marsh joined the ranks of thousands of young men and enlisted in the Army. He joined the Barrow unit — a hospital unit organized by Dr. David Barrow of Lexington — and staffed by Kentucky doctors, nurses, and soldiers. The Barrow unit was sent to England and set up a hospital at a large country estate near Southampton. It became one of the largest American hospitals in Europe, and Marsh found a position in a hospital office. He later moved to France to serve. Marsh spent roughly seven months in England and France, and was later honorably discharged as a sergeant.
In June 1919 Marsh returned to Kentucky to work for the Lexington Leader. Within a few months Marsh moved to Atlanta and filled a reporter position with the Daily Georgian. In 1921 Marsh met Margaret “Peggy” Mitchell at the March Hare Tea Shop, a downtown Atlanta “tea room” better known as the “Rabbit Hole.” The speakeasy was a popular gathering place for college students, writers, and newspapermen. The pair began talking, and Marsh was pleased with their easy conversation. A courtship developed between Mitchell and Marsh, but was complicated by the fact that Mitchell was also dating Berrien Kinnard “Red” Upshaw. Upshaw, a violent man and alcoholic, charmed Mitchell and offered her independence. Marsh wanted to propose marriage, but Upshaw beat him to it and proposed to Mitchell. She accepted.

Peggy Mitchell and Red Upshaw married on September 2, 1922, with John Robert Marsh serving as best man. The marriage was short-lived. Upshaw left Atlanta after four months of marriage and moved to the Midwest. He never returned and the marriage was annulled two years later. Marsh and Mitchell began dating again and he proposed in January 1925. The couple married on July 4, 1925 in a simple ceremony at the Unitarian-Universality Church on West Peachtree Street.

Marsh joined the advertising department of the Georgia Railway and Power Company (which became Georgia Power Company) and later became director of the publicity department. The couple set up their household in a small apartment on Peachtree and 10th Streets, affectionately called “The Dump,” where Margaret began writing a novel that ultimately became Gone with the Wind. The novel’s simple dedication, “To J.R.M,” hints at Mitchell’s love and respect for her husband, John Robert Marsh.

John Robert Marsh died of a heart attack on May 5, 1952. He was brought to Oakland Cemetery and buried next to his wife, who died three years earlier after a traffic accident on Peachtree Street.