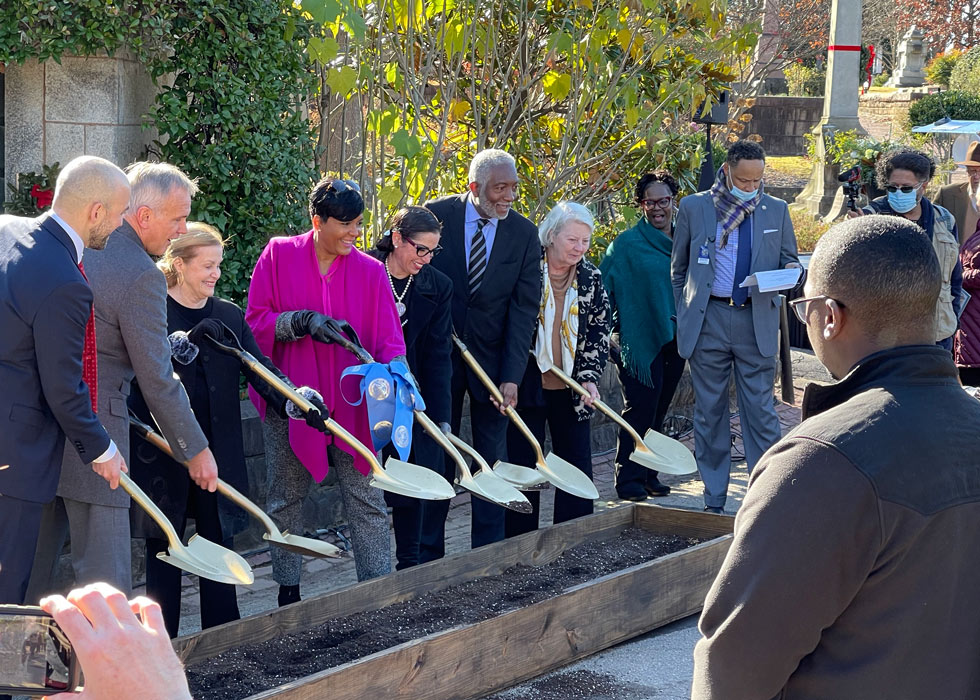 On Tuesday, November 30, at 10:00 a.m. Historic Oakland Foundation and the City of Atlanta held a groundbreaking ceremony for the rehabilitation of Oakland Cemetery’s iconic 1899 Bell Tower building. The ceremony took place at the Oakland Bell Tower inside Oakland.

“The Oakland Bell Tower is the jewel in Oakland’s crown, and The Imlay Foundation is honored to support a rehabilitation of this special building that will not only stabilize this unique historic building but also make it more accessible to the public,” said Mary Ellen Imlay, Chair and President of The Imlay Foundation, the Bell Tower rehabilitation’s lead supporter. “We are proud to support Historic Oakland Foundation as it works to preserve this special place and share Oakland Cemetery with more and more visitors in creative and sensitive ways.”

Oakland’s Bell Tower building is the most recognizable building on Oakland’s grounds. The Romanesque Revival building, built in 1899 as the office for the cemetery’s sexton, is an excellent example of high architecture in the Victorian period. Today, this 2,800 square-foot structure continues as the sexton’s office and also houses the Foundation’s offices, meeting space, archives, gift shop, and storage, as well as the cemetery’s records, visitor center, and public restrooms. Space is tight, and the historic building is suffering from overuse.

The rehabilitation of the building by Smith-Dalia Architects is expected to start in December 2021 and will transform the Oakland Bell Tower into a flexible event, exhibit, classroom, and meeting space that will be more accessible to the public.

The rehabilitation of the building by Smith-Dalia Architects is expected to start in December 2021 and will transform the Oakland Bell Tower into a flexible event, exhibit, classroom, and meeting space that will be more accessible to the public. Work will open up the first and second floors and will focus on masonry repair, window restoration, new roofing, updated plumbing, electrical, and mechanical services. An elevator will be added for greater accessibility. The project is expected to be completed in 2022. After the rehabilitation, the Oakland Bell Tower will better serve the public as an interpretive space as well as an event and meeting space.

“Oakland Cemetery is undoubtedly one of Atlanta’s most unique greenspaces. It has been an honor for the City to work with HOF to bring to life this next chapter for these hallowed grounds,” said City of Atlanta Commissioner of Parks and Recreation John Dargle. “We are thrilled that Oakland is expanding its capacity to engage the community through this campaign and look forward to more innovative programming to come.”

The upcoming Bell Tower rehabilitation is made possible by funds raised through Historic Oakland Foundation’s $12.5 million Living History Capital Campaign. The Living History campaign will double the rate of restoration and triple the rate of investment in the cemetery over the next three years, commemorating Oakland’s past and ensuring its future.

“Oakland Cemetery is a cultural and historic gem and a treasure for all Atlantans,” said Dr. Harker, “The Living History campaign, our most exciting and significant effort to date, will expand our ability to care for this special place and share it in new and deeper ways with all Atlantans.”

The Oakland Bell Tower rehabilitation would not be possible without the support of the City of Atlanta Parks Department, The Imlay Foundation, Cemetery Sexton Sam Reed, Invest Atlanta, and the Atlanta Urban Design Commission. 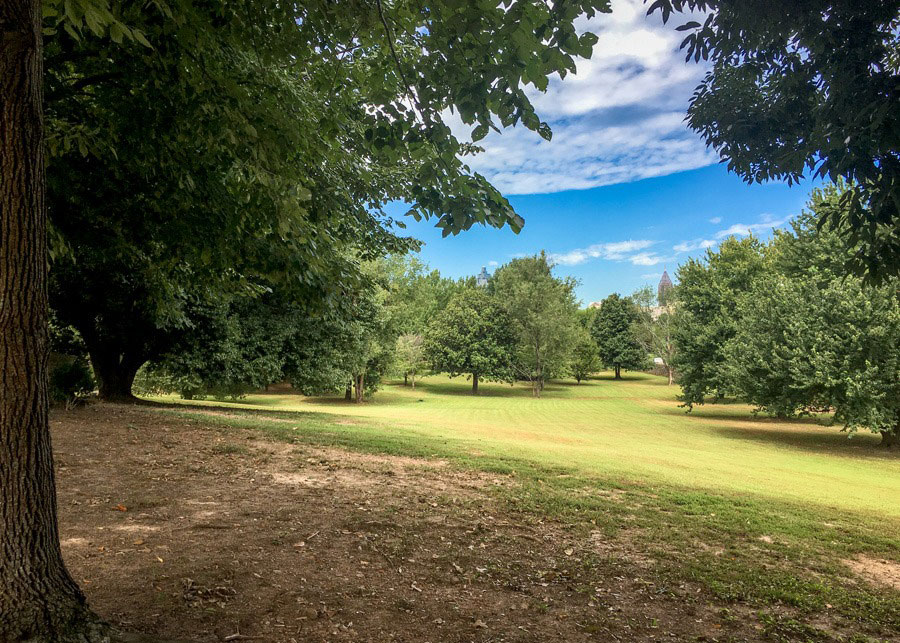 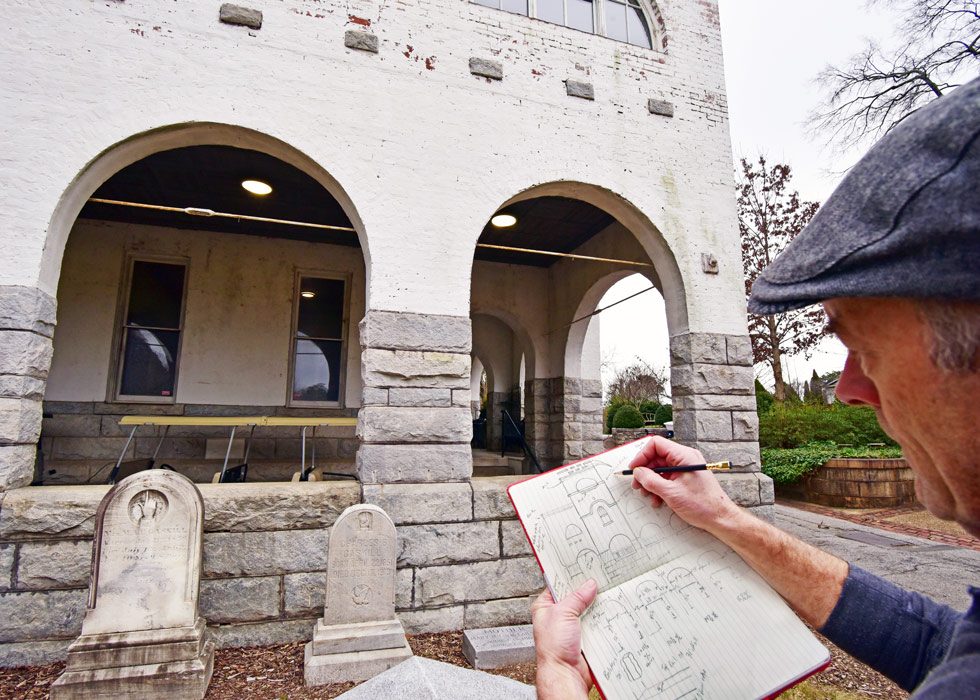 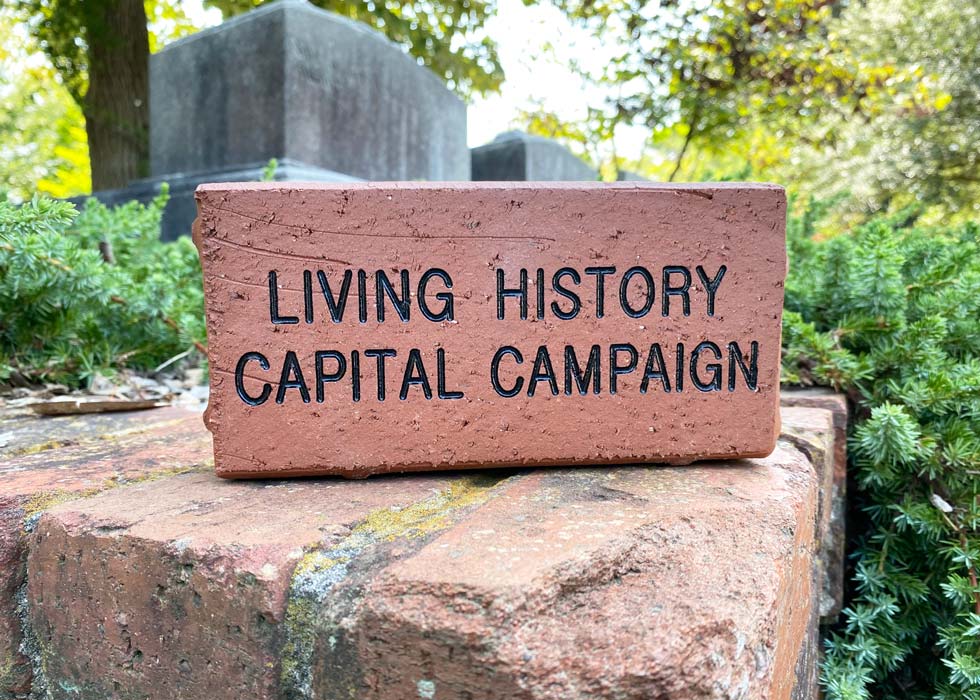