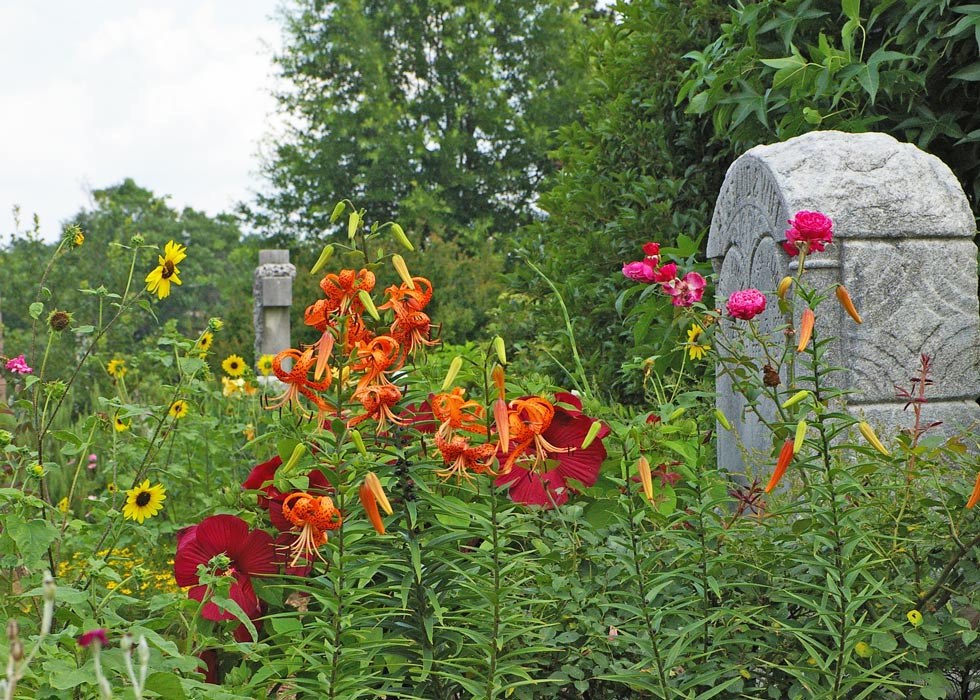 Lily season is here. The buds are already visible atop their tall stems, ready to burst open. The show is fleeting, but it brings a level of beauty few flowers can match.

True lilies are members of Liliaceae family and include Lilium longiflorum, the Easter lily, and Lilium candidum, the Madonna lily. Lilies are often used to symbolize resurrection since they grow from a dead-looking bulb or rhizome. There are many other true lilies including the Oriental hybrids, the trumpet types like the Regal Lily, Lilium regale, the tiger lily (shown above), Lilium lancifolium, and Lilium formosanum or Formosa lily. Many can be found carved on tombstones and growing at Oakland because of their symbolism. All lilies love sun and excellent drainage so they’re right at home at Oakland.

The most colorful display of Asian hybrids will be found in the gardens across the road from the Bell Tower. Lilium formosanum or Formosa lily is probably my favorite. It is native to Taiwan, formerly Formosa, and was introduced to North America in the 1890s. They are very adaptable and can be found scattered about the gardens, usually in full sun, though they will grow and bloom in a fair amount of shade. The tall, sometimes 6’ high, stems of this easy-to-grow lily have narrow leaves that give it a delicate appearance. The large, white, trumpet-shaped flowers open in late summer after other lilies have finished. The seed pods that follow stand upright like candles in a candelabra and remain ornamental for many months. Each one holds thousands of tissue paper thin seeds that blow in the wind, often coming up where least expected. You can see them across from the Watch House where the few we planted have turned into a lovely display.

Some of the best-known non-lilies are the daylilies, the Hemerocallis hybrids. They have been enjoyed for centuries and are a staple of southern gardens. Almost indestructible, daylilies tolerate much abuse but would prefer bright sun and decent soil. The easiest way to tell a daylily from a true lily is the foliage. Lily foliage climbs the bloom stalk like a ladder while daylilies are clump formers with many strap-like leaves coming up from the base. Each flower lasts only a day but most varieties will bloom for several weeks. 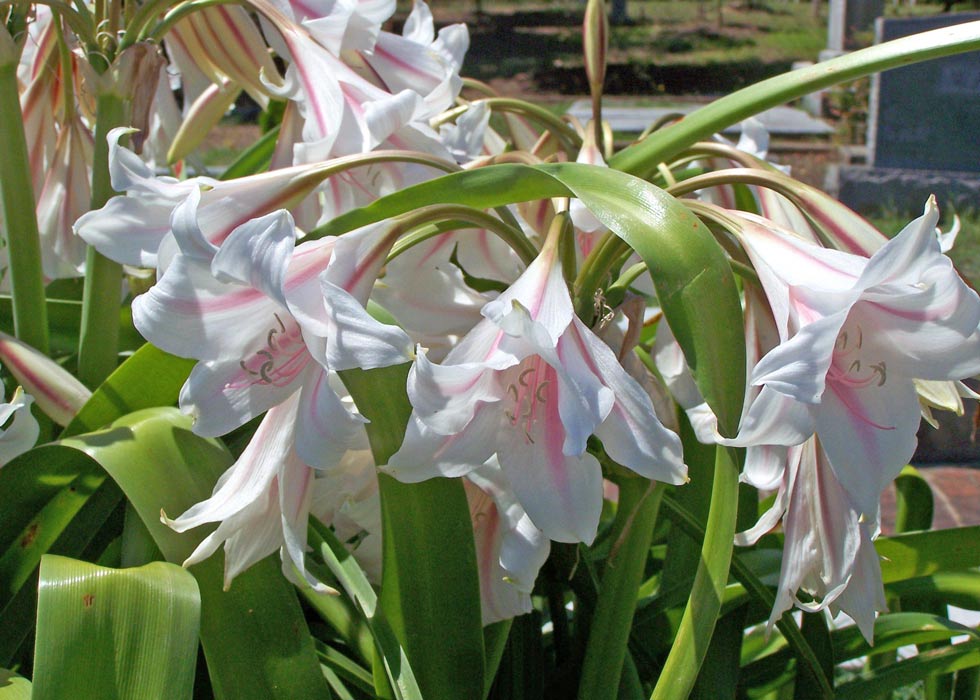 Milk and Wine lilies are about as Southern as you can get. These massive plants, properly called Crinum x herbertii, are showstoppers when they’re in bloom, but be forewarned – they are BIG! Our largest specimen is near Ladies Memorial and was a gift to us many years ago. It dwindled as a nearby tree grew so we have moved it across the road to a sunnier spot. There are other Crinums of all sizes if you are short on space.

Many other plants with trumpet-shaped flowers are also called lilies–daylilies, blackberry lilies, canna lilies, and surprise lilies to name a few. Others, such as lily-of-the-valley, bear no resemblance to true lilies unless it is their lovely scent. All play important roles in Southern gardens, and few gardeners would be without at least a few of these imposters. All are in Oaklands gardens, expanding our bloom season from spring to late fall.