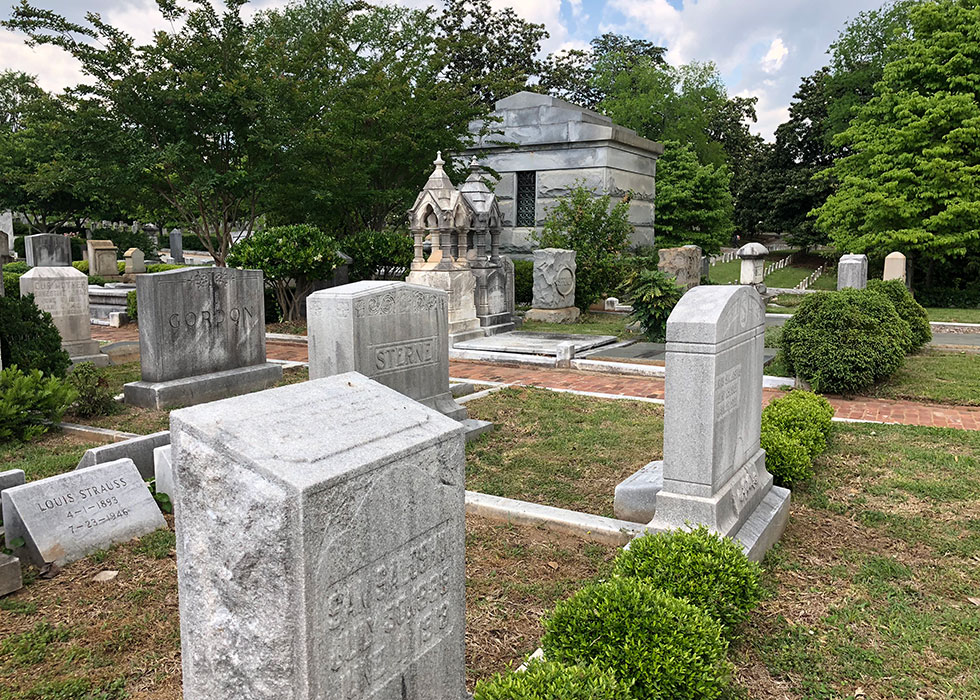 Jews have a storied history in Atlanta. Records note that Jewish citizens helped to settle the city. By 1860, Atlanta’s Jewish population numbered over 50 people. The Hebrew Benevolent Society formed the same year to provide burial spaces and aid for the Jewish poor. The Hebrew Benevolent Congregation, Atlanta’s first official Jewish institution, organized in 1867. It is now known as the Temple. Many early Jewish entrepreneurs were highly successful in Atlanta and ranked among some of the city’s leading businessmen.

Most of Atlanta’s early Jewish population were of German descent or origin. In 1885, a wave of Jewish immigrants began to pour in from Eastern Europe. These new Atlantans were escaping anti-Semitism and poverty in their homelands. 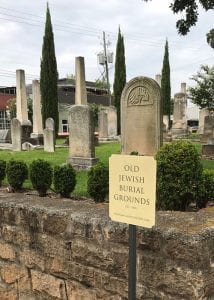 Ethnic divisions between the different Jewish sects reduced by the 1920s. The horrors of World War II, the shared trauma of the Holocaust, and elation over the birth of Israel united Jews across the world. In Atlanta, the Jewish community came together to support charitable efforts and participate in communal activities. Many leaders and community members in the 1950s and 1960s supported the Civil Rights movement, including Rabbi Jacob M. Rothschild of the Temple. Civil Rights critics bombed the Temple on October 12, 1958. This attack led to an outpouring of support from the Atlanta community, reflecting the respect that the Jewish community had in the city. This also galvanized many Atlanta Jews to become more politically and socially active. In 1969, the citizens of Atlanta elected their first Jewish mayor, Sam Massell.

There are three Jewish sections in Oakland Cemetery. The oldest burial area, Old Jewish Burial Grounds, is part of the Original Six Acres. David Meyer, the head of Atlanta’s Hebrew Benevolent Society, acquired the lot in 1860. This section is the second oldest Jewish burial ground in Georgia (the oldest is Savannah’s colonial Jewish cemetery). Atlanta was a hub for Jewish settlers in the Southeast, so many graves in Old Jewish Burial Grounds show birthplaces from several different states, cities, and countries. 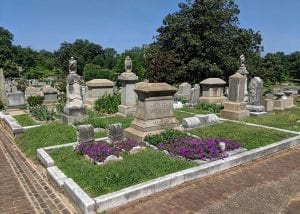 Levi Cohen, the president of the Hebrew Benevolent Congregation (the Temple), acquired more burial space at Oakland in 1878. This land, now known as Jewish Flats and Jewish Hill, reflects the assimilation of the German-Jewish community into Atlanta society. This area houses many statuary art and elaborate mausoleums, as well as gorgeous landscaping.

Many notable Atlantans are buried in Jewish Flats and Jewish Hill. The Rich brothers, Emanuel and Morris, were the founders of Rich’s Department Store, one of the largest retail department stores in the South. Julius Regenstein, a pioneer merchant, is also buried here. A World War I veteran, author, and activist that lived to be 102-years old, SGM James Garfield Eichberg, is buried on Jewish Hill. Jacob Elsas, the owner of Fulton Bag and Cotton Mill, and Joe Jacobs, a pharmacist who was responsible for first introducing Coca-Cola, are nearby eternal neighbors. 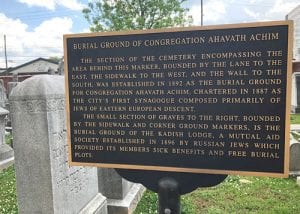 In 1892, the Temple sold a portion of their land to the Ahavath Achim congregation, which was made up of mainly Russian immigrants. This section is noticeably different in design. Many of the Russian immigrants, being of modest means, tried to maximize their burial space. They did away with walkways and placed the graves very close together.

The artistry on the Jewish headstones is astounding. Many of the symbols have deep historical and cultural significance. Raised hands symbolize that the deceased was a Kohen, a descendant of Aaron and the High Priests of the ancient temple. Another symbol is a plucked leaf with broken limbs, meaning that the deceased’s life had been cut short. One of the most common grave symbols (and the most well-known) is the Magen David or the Star of David.