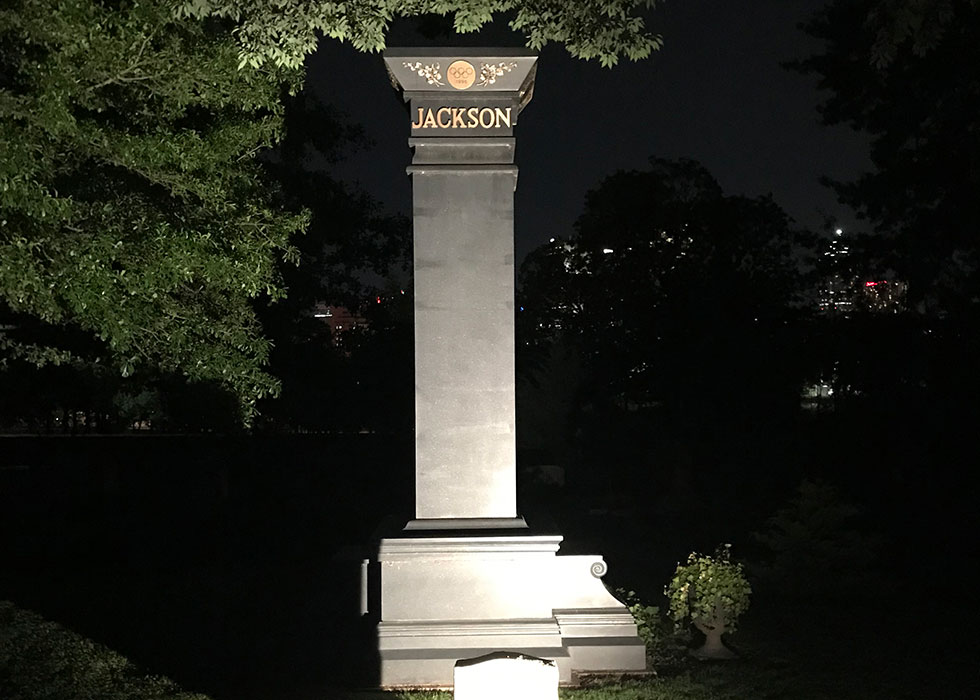 Maynard Jackson became Atlanta’s first African American mayor in 1974. A graduate of Morehouse College, Jackson served 12 years as Atlanta’s mayor. During his three terms (1974-1982; 1990-1994), he was instrumental in bringing the 1996 Olympics to Atlanta and expanding the airport. He also worked to renew public arts in the city and took out ads in urban newspapers across the U.S. urging African Americans to move back to the South because “black was bountiful” in Atlanta. Jackson died in 2003 and was buried in the northwest corner of the North Public Grounds overlooking the city he loved. His grave marker faces the downtown Atlanta skyline. 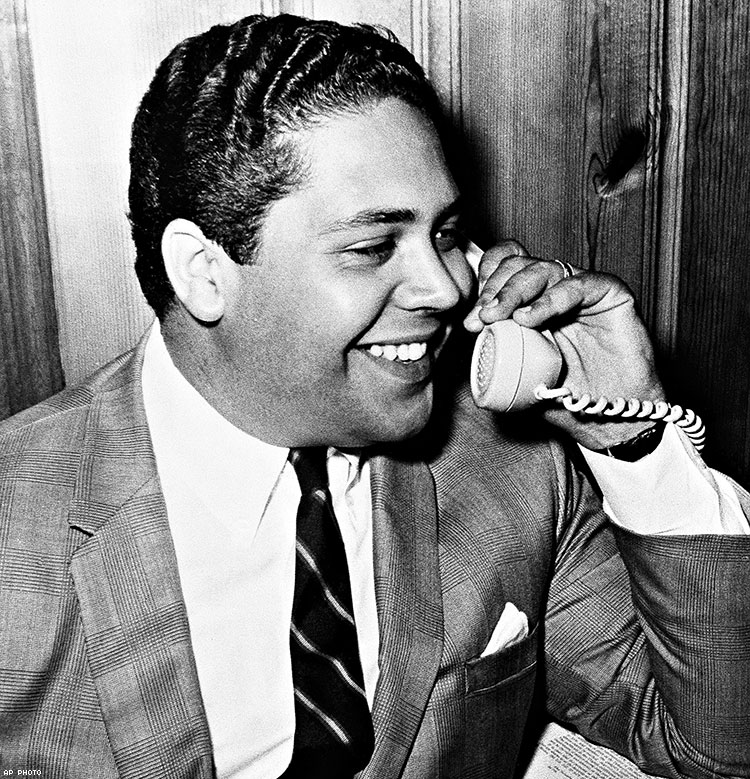 The stunning 14.5-foot, 14-ton monument was almost three years in the making. Its African-sourced honed black granite sits on a platform of grey Georgia granite, reflecting the Jackson family’s Georgia heritage. The sub-foundation beneath the grey granite base is solid concrete with multiple layers of rebar, over three feet deep.

Four hand-carved solid bronze discs, one on each facet of the crown molding, represent four important aspects of Jackson’s legacy: 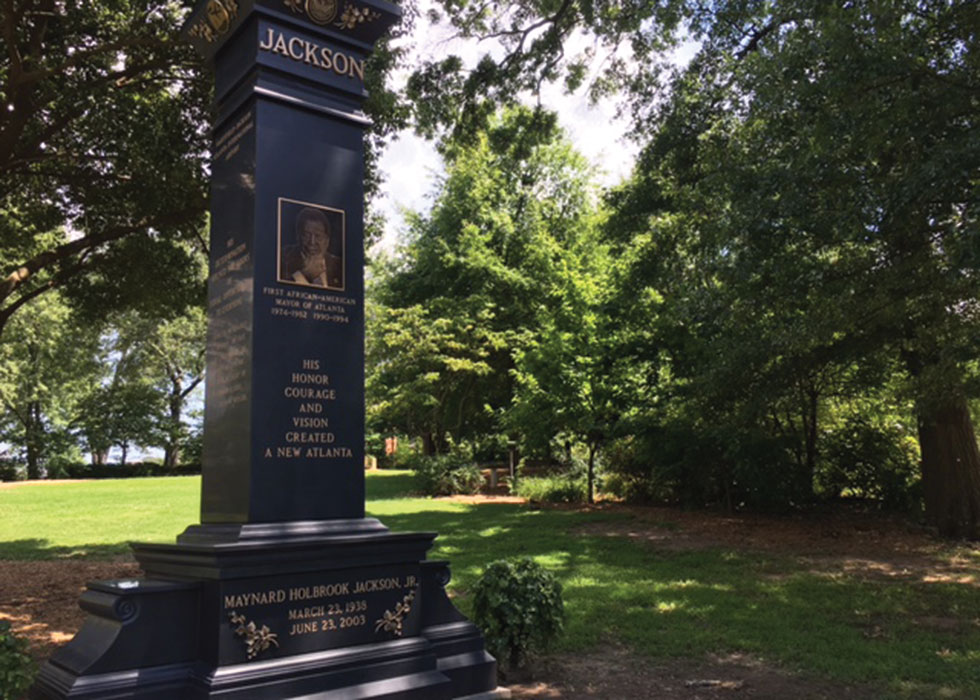 The Jackson monument is surrounded by lush ivy that had spontaneously appeared around his original headstone. Historically, ivy has symbolized strength, endurance, and determination. One of Maynard Jackson’s strongest attributes was his determination. Engraved on one side of the monument is the first line of Jackson’s favorite poem, “Will,” by Ella Wheeler Wilcox. The poem speaks of a determined soul and it was only through his determination that the new airport was built. Maynard Jackson succeeded in moving I-85 to create the necessary land needed for the new domestic terminal. “I don’t know about mountains, but he can definitely move highways!” said Valerie Jackson.

Mrs. Jackson designed the monument and her brother, Monte Richardson who is a visual artist and was a WXIA 11 Alive news photographer for over 28 years. Brook Bolton, president and CEO of Roberts-Shields Memorial Company, produced and supervised the monument’s installation.

Mrs. Jackson said the monument was not only a tribute to the man whose honor, courage and vision created a new Atlanta, but also her personal tribute to their love and devotion to each other for over a quarter of a century. Her ultimate goal was to build a fitting tribute to this exceptional man that would stand for centuries to come. 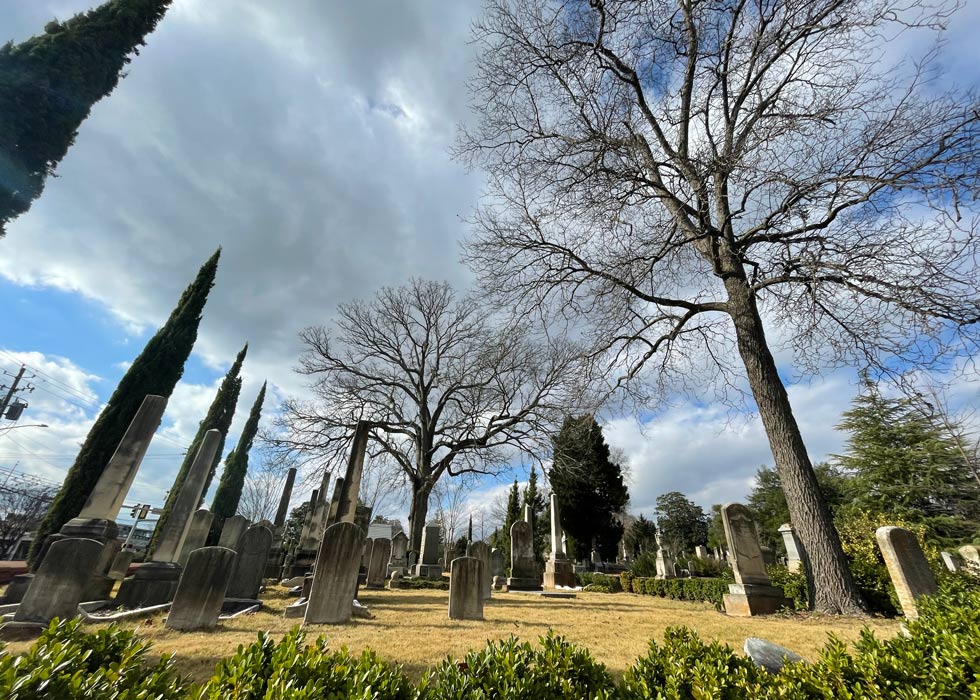 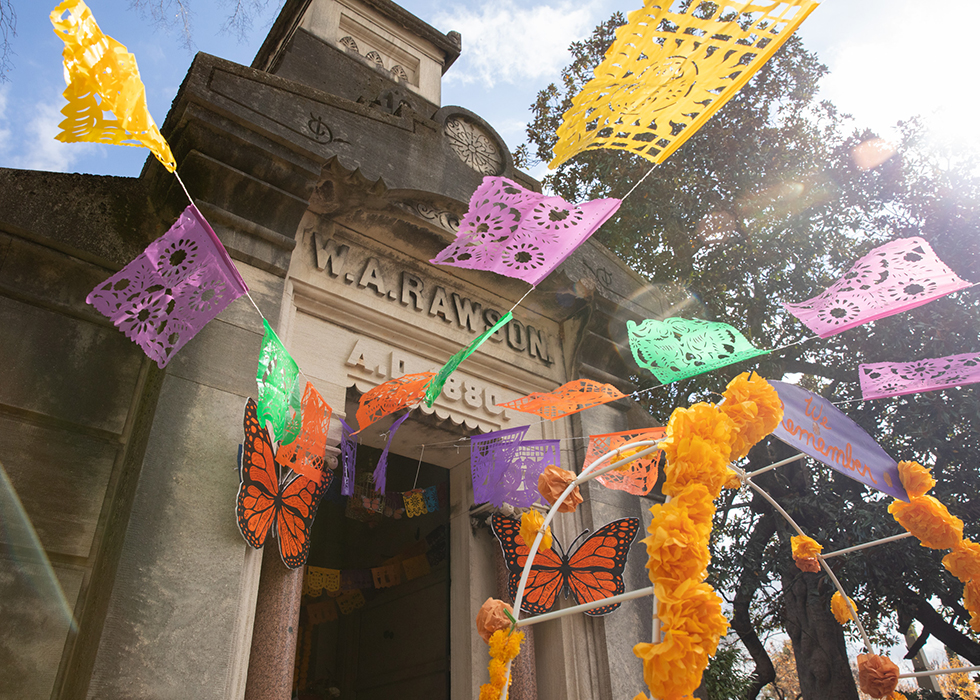 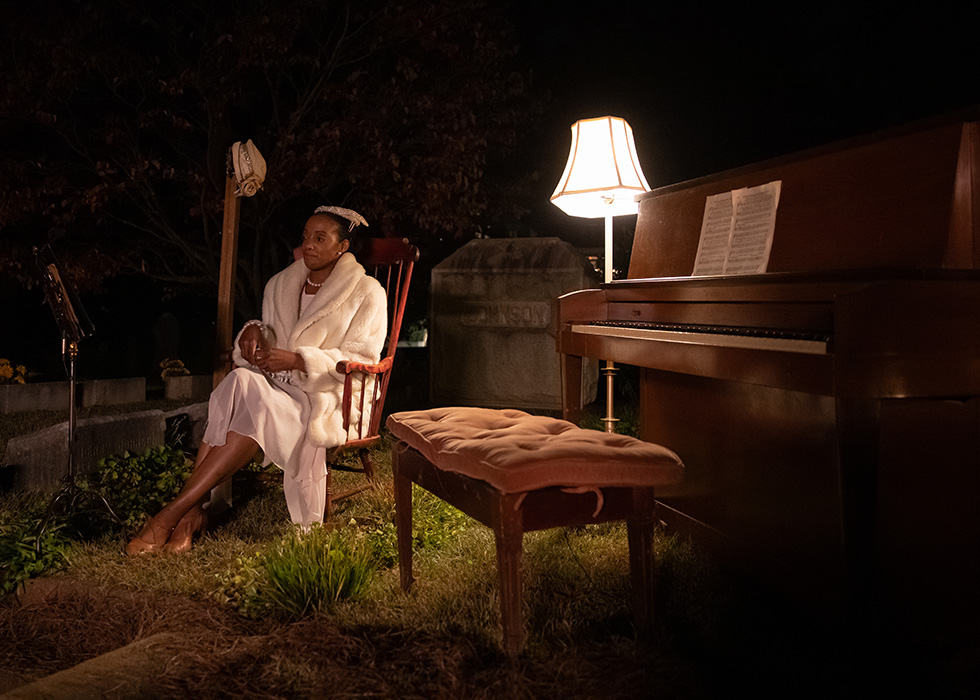