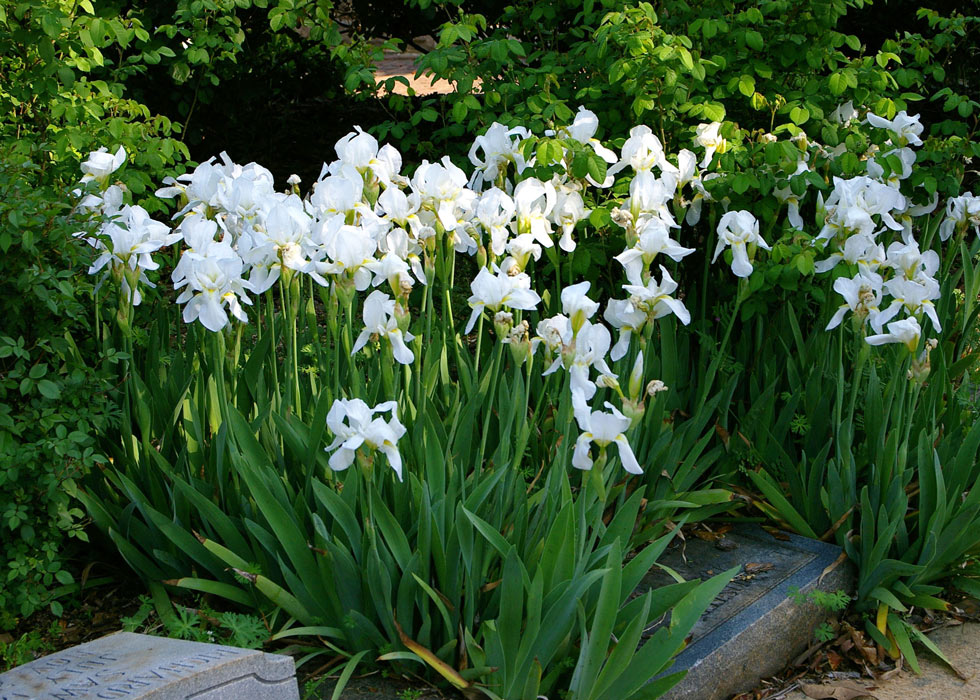 Spring is arriving in Oakland’s gardens. The daffodils are fading and being replaced by a symphony of spring blooms including our very early white iris. Many other irises will soon follow but these irises are the first to announce spring’s arrival.

Commonly referred to as Cemetery Whites, this iris is actually Iris albicans and is believed to be one of the oldest irises in cultivation. Probably a natural hybrid, Cemetery Whites originated in Saudi Arabia from where they were taken to Spain by the Moors. The Spanish are credited with bringing it to the New World as they established colonies. This long journey to our shores spread it throughout the North Africa and Mediterranean regions where it is still found in abundance, sometimes even in meadows or roadsides but always in cemeteries.

Today this tough little iris can be seen in cemeteries and homesites throughout the southeast. It thrives in hot, dry conditions and multiplies freely. In fact, it multiplies so frequently that it has a reputation for turning purple iris white. There’s no way this actually happens. However, this delicate-looking plant is quite capable of choking out other iris planted too close to it.

Here at Oakland we constantly propagate our Cemetery Whites so that we can spread them around as new areas are restored. It is a wonderful iris that deserves a place in everyone’s garden.