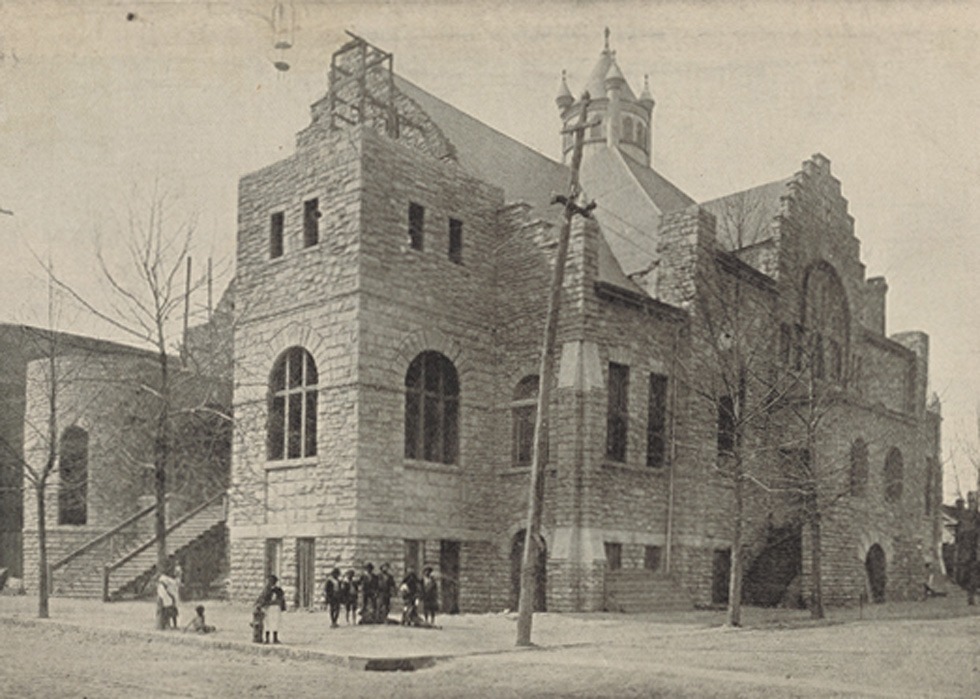 This Friday and Saturday mark the 89th annual production of Big Bethel A.M.E.’s Heaven Bound musical, which was first performed in 1930 to raise funds for the church following a devastating 1923 fire that forced the congregation to rebuild their sanctuary.

The Big Bethel A.M.E. Heaven Bound Choir performs selections from the historic musical each September at Oakland Cemetery’s Sunday in the Park event and holds a Libation Ceremony following their performance to honor congregants interred at the cemetery. The histories of Oakland Cemetery and Big Bethel are intimately entwined, and Oakland is the final resting place of many of the Church’s foundational members and key players.

Big Bethel A.M.E. was first founded in 1847, though it was originally known as Bethel Tabernacle before it became associated with the A.M.E. church after the Civil War in 1866. It is the oldest African American congregation in Atlanta, Georgia. The congregation built its first church building in 1855, led by its first minister, Reverend Joseph A. Woods, who is buried at Oakland. The church provided a rare community gathering space for its earliest enslaved members. Big Bethel grew in prominence during the era of Reconstruction. The basement of its second church building even served as the first home to Morris Brown College, which was founded by the church’s second pastor and Oakland resident, Bishop Wesley John Gaines. Other important congregants buried at Oakland Cemetery include Big Bethel First Lady Julia A. Gaines and founding member James Tate and family, among many others.

The third church building was completed in the late 1880s, though it was destroyed by fire in 1923, one day after the church’s insurance policy expired. Big Bethel was left in dire financial straits, and its congregants undertook various fundraising efforts to raise money to rebuild. The onset of the Great Depression further complicated their endeavors. Two choir members and Sunday school teachers, Lula B. Jones and Nellie L. Davis, were inspired to write the Heaven Bound musical to contribute to the fundraising cause. It was first performed on February 17, 1930, and was met with critical acclaim. The choir toured the southeast, sang for President Franklin D. Roosevelt, and performed at the world premiere of Gone with the Wind. The congregation was able to raise sufficient funds to finish rebuilding their current sanctuary and pay off debts related to its construction the same year that the musical debuted. The chief builder on who oversaw the construction of the Romanesque Revival-style church was the notable builder and contractor Alexander D. Hamilton, who is buried in Oakland’s African American Burial Grounds.

If you enjoyed the selection the choir performed this year at Sunday in the Park, make sure to attend the full performance at the sanctuary at 7:00 PM on November 8th or 9th.