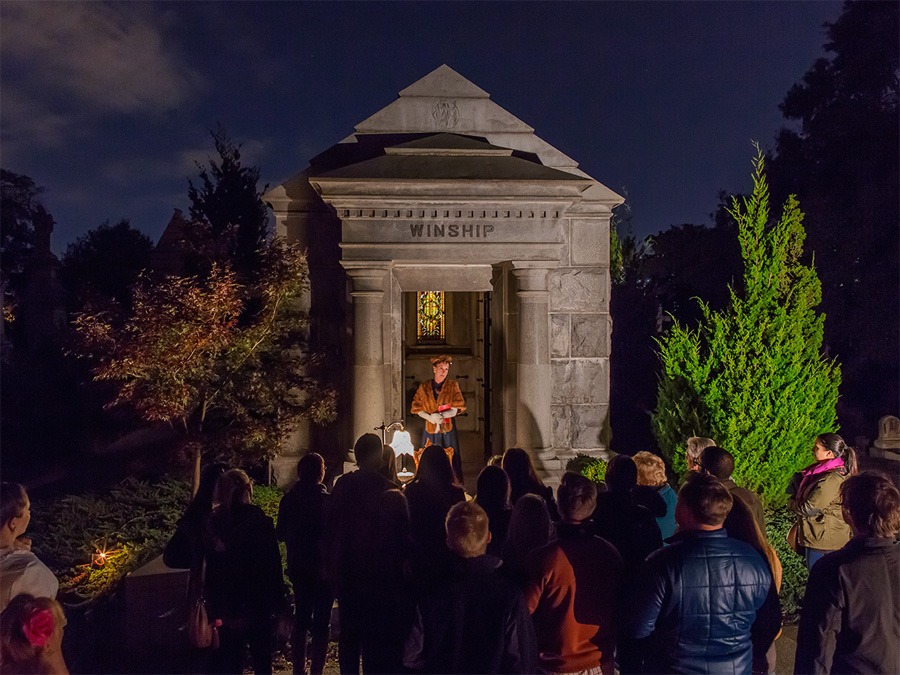 Cemeteries are popular places to visit around Halloween. To respond to community interest for a Halloween event while remaining true to HOF’s mission of sharing the cemetery with the community, a tour was created to “enlighten, not frighten.” The first Capturing the Spirit tours in 2006 were held to great acclaim. Costumed volunteers told the stories of notable Oakland residents throughout the cemetery after dusk.

Word about the event spread quickly and the following year due to popularity HOF had to turn visitors away at the gate. The first tickets were sold in 2008, and the event has sold out every year since. Additional tour nights were added in 2018.