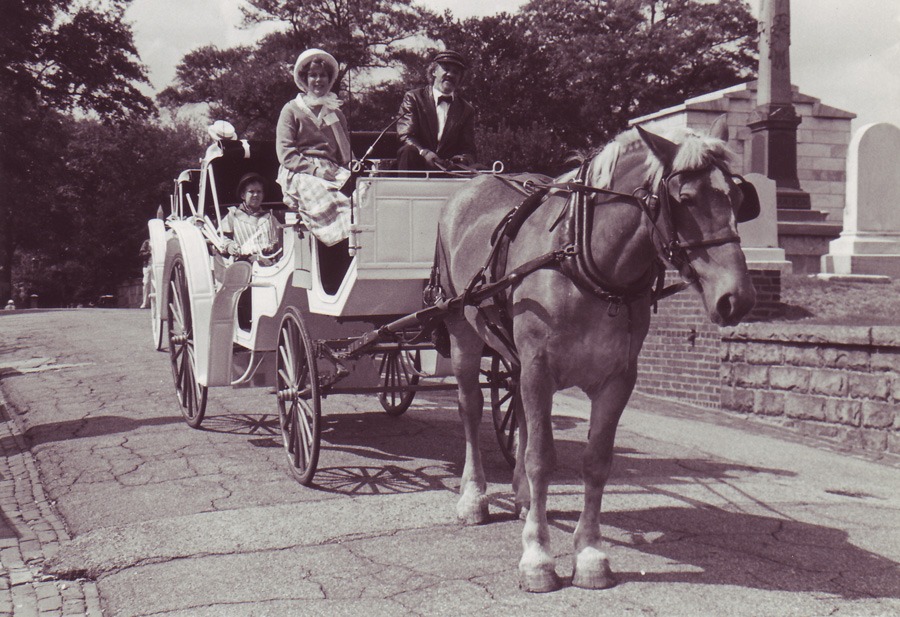 The first Sunday in the Park in September of 1978 was a celebration of Oakland’s 128th anniversary by the young cemetery friends group that later became Historic Oakland Foundation. It was hosted jointly by the Atlanta Bureau of Parks and Recreation. The modest crowd of visitors enjoyed touring the cemetery, listening to bagpipe music, and hearing about upcoming and current restoration efforts at the cemetery. Forty years later, the Sunday in the Park celebration continues welcoming quite a few more visitors – more than 3,000 in 2018 – who enjoy food trucks, music, living history performances, a scavenger hunt, and more.

Above: A carriage tour at the 1989 Sunday in the Park.