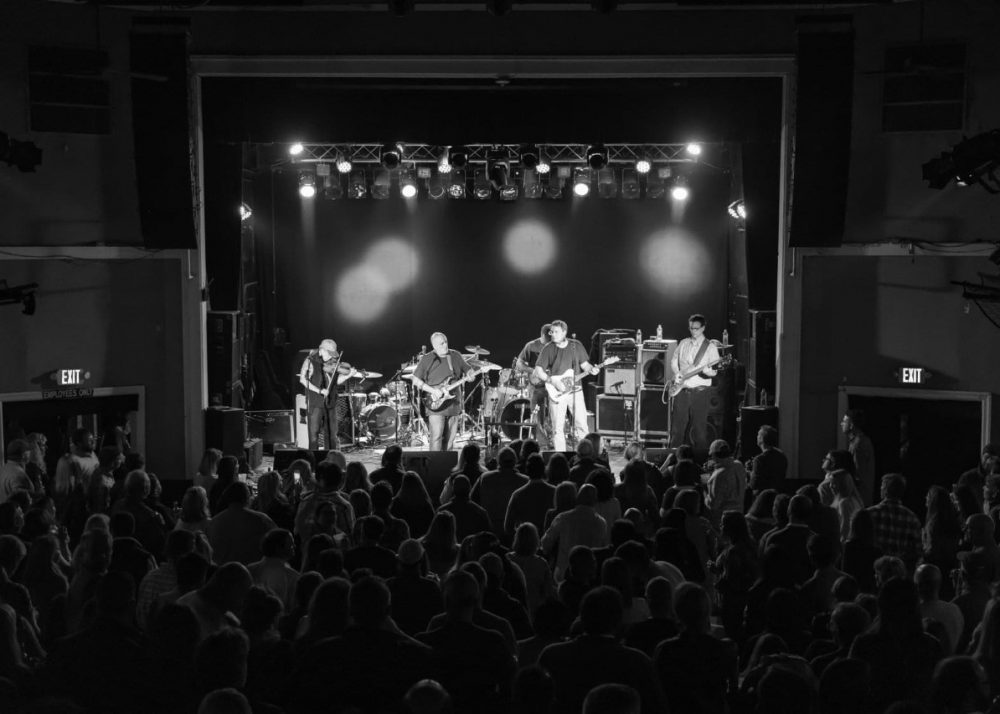 Special events and volunteer manager Mary Fernandez recently interviewed Sunday in the Park 2021 headliner Jupiter Coyote. Check out the interview below. Sunday in the Park is September 26, 2021 at Oakland Cemetery. The Original Wailers are also headlining, and many more performers will share their music on Oakland’s grounds throughout the day. Learn more about Sunday in the Park and get your tickets here.

What Is your band’s origin story?
The group traces its roots to Brevard, N.C., where childhood friends Matthew Mayes (guitar, guijo, vocals) and John Felty (vocals, guitars) decided in 1988 to pursue a career in music. The duo headed to Macon, Ga., where they joined forces with drummer Gene Bass and bassist Sanders Brightwell. JC Guitarist John Meyer, also from Macon, came up with the name of the band. It was a song he wrote.

What does the creative process look like for you as a collective?
Jupiter Coyote is touring and releasing singles on all major digital platforms every five weeks. There are 12 new singles currently in line.

[O]ur first album was called Cemeteries & Junkyards, and one of our most popular songs, “Rose Hill,” is about a cemetery in Macon, Ga.

Which of your shows have been the most memorable and why?
Probably all the openers we did with the Allman Brothers Band. Those were all large sheds and we were fans of the band.

Do you have any wild stories or experiences that have happened during a performance?
Well one night at a crazy fraternity party in Auburn, AL someone dragged a dead pig through the room where we were playing. All the girls on the front row started throwing up. It was pretty awful.

What is most exciting or interesting for you about performing in a cemetery?
Well it makes total sense as our first album was called Cemeteries & Junkyards, and one of our most popular songs, “Rose Hill,” is about a cemetery in Macon, Ga.