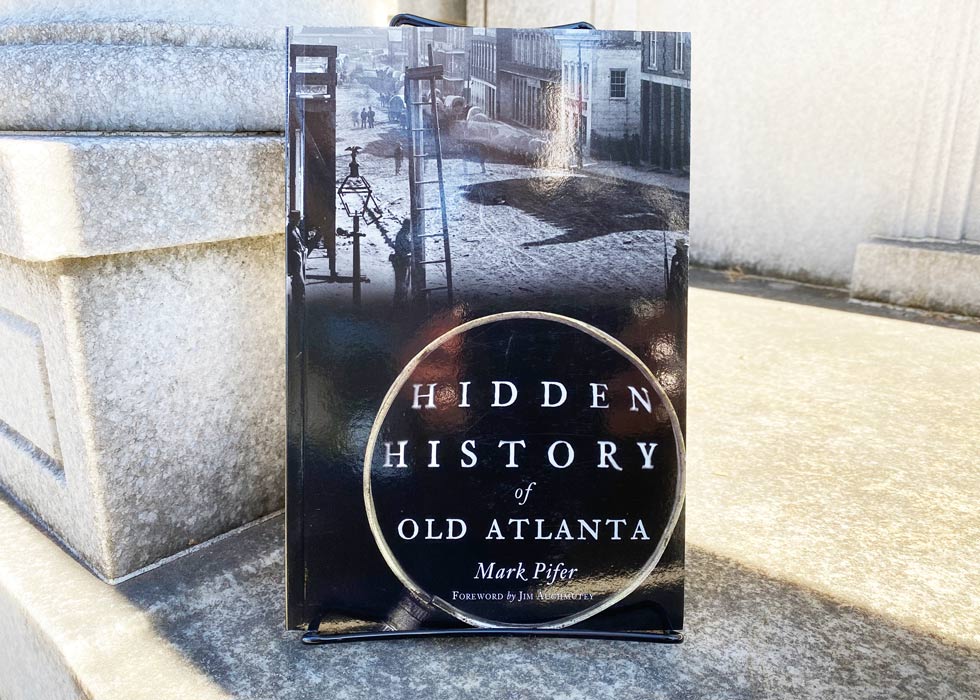 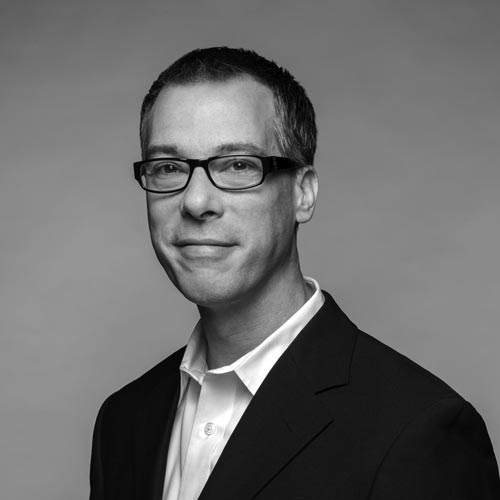 Mark Pifer’s recent book, Hidden History of Old Atlanta, is a fascinating exploration of Atlanta’s past from prehistoric times to recent decades. HOF staffer Ruti Turner recently interviewed Pifer about researching and writing the book and about his favorite spots in Atlanta.

What piqued your interest in Atlanta history?

I have always had an ongoing and growing passion–but especially in the last five years or so–to understand the place I live, like a historian, but also kind of like an archaeologist and geographer and in every other way. Getting right down to the roots of where I live, beginning in my own front yard. Who lived here? What was this like before there was a house here? As I began to study those things, it spread from there. I like to drive around the city and do my best to see it with different eyes and know why things are the way they are and what happened in certain spots. It then extends to the people who were living there. I have a great passion for understanding the Creeks who lived in Atlanta because I feel they’ve been very overlooked and misunderstood. The more I dig, the more interesting all these stories get.

What’s the most common misconception of early Atlanta?

Hmmm. Definitely Gone with the Wind. Early Atlanta was nothing like Tara, although I love the scene where Scarlett sees all the wounded soldiers laid out by the tracks and the Atlanta depot. That’s a very real scene to me. There was nothing at all genteel about early Atlanta as it was being founded. That fact makes it all the more fun to study, in my opinion. Apart from that, a couple of other myths I love to bust are that (1) no one was really living in the area before Europeans and Americans came along–a ridiculous notion, (2) that Decatur was offered to be the location of the depot and turned it down before Atlanta was founded–that’s not true, and (3) that Atlanta was once called Thrasherville–I can’t find any real evidence of this even though it says so on a big plaque downtown. John Thrasher himself wanted it to be called “Deantown,” not “Thrasherville.”

Where is your favorite historic spot in the city?

It is honestly Oakland Cemetery. I go for walks there often and I always find something new I hadn’t seen before. It’s just such a beautiful place you can enjoy and still look at first-hand history. Other than that, I’d definitely say it’s the Monroe Embankment. I can’t believe it has a parking garage built on top of it but it’s still there just like it was before any of the rest of Atlanta was put down.

What was the most difficult part about writing Hidden History of Old Atlanta?

The worst part was having to make cuts at the end. There were some more stories about a man named Antonio Maquino and an epilogue about a gunfight that I hated cutting, but I had to reduce the length of the book. The most difficult part was writing about the experience of African Americans in Atlanta around 1850. I felt it needed to be included to add some balance, but I’m sensitive to my lack of credentials on that topic. It is also much more difficult to get information about African Americans of the Victorian era. I think there is some good information in that chapter and other places where African American stories come up, but it doesn’t begin to tell the whole story.

What resources were most valuable to you during the research process?

My favorite resource was reading the minutes of the City Council from 1848 to 1850. It’s a primary source so you’re getting their unvarnished view of city matters, and it’s fun to read about city history written in the pen of the people you’re writing about. The Atlanta History Center allows researchers to view the original tome of council minutes, not a copy. It’s also fairly impossible to write about Atlanta History without a frequently referenced volume of Atlanta and Its Environs by Franklin Garrett. My other favorite resource is https://gahistoricnewspapers.galileo.usg.edu/. UGA has scanned thousands of historic newspapers and made them searchable. You never know what you’re going to find when you start searching around for names and locations and topics.

On the dates above Oakland Cemetery will close to visitors at 3 p.m. in preparation for an event.
All visitors should exit the grounds at this time.

During the Capturing the Spirit of Oakland Halloween tours only ticketed attendees will be allowed into the cemetery.