In 1974 when Bob Marley went solo, on the brink of international stardom, he surprised the music community by choosing an American born lead guitarist, Al Anderson. It was Anderson’s stunning lead work on such classics as No Woman, No Cry, & Three O’clock Road Block, that first alerted rock fans to the Wailer’s music.

Andersons’ musical achievements with Bob Marley & The Wailers include the platinum award-winning albums, Live at the Lyceum, Babylon by Bus, and ten times platinum album Legend.

The Orignal Wailers received their own Grammy nomination in 2013 for their album Miracle, making it Anderson’s second Grammy Nomination. Al Anderson is the sole member of the Bob Marley & The Wailers mid-1970’s lineup in The Original Wailers.

HOF’s Mary Fernandez recently interviewed Al Anderson, whose band will headline this year’s Sunday in the Park ft. Tunes from the Tombs event at Oakland on September 26.  Jupiter Coyote is also headlining the event, and many more performers will share their music on Oakland’s grounds throughout the day. Learn more about Sunday in the Park and get your tickets here, and check out the interview below. 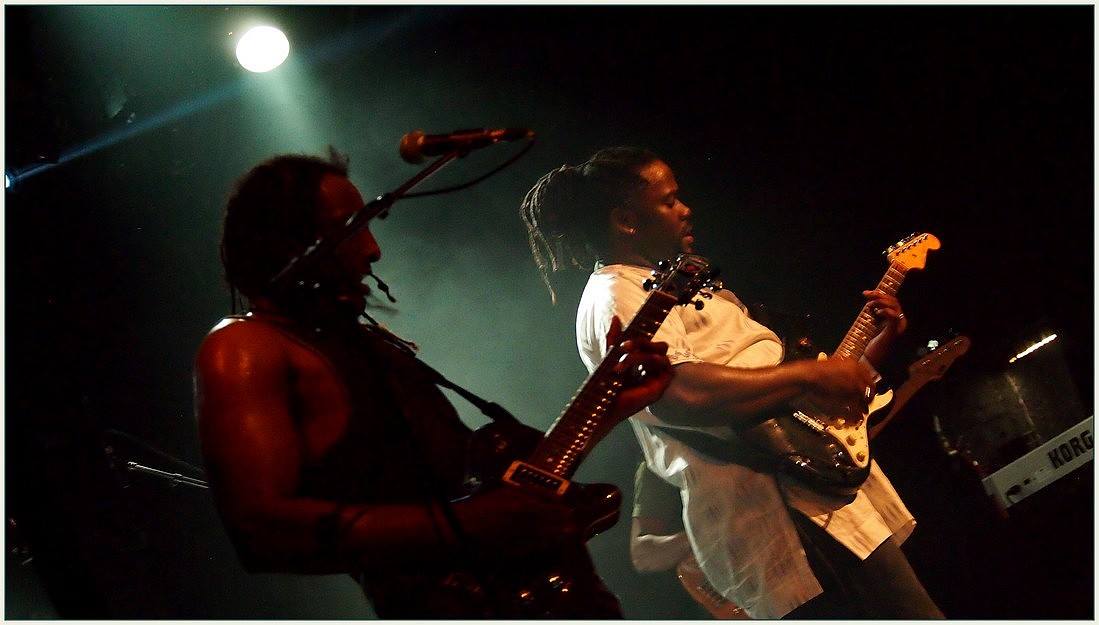 In addition to the band’s origin, we have an African drummer, a Mexican bass player, a Jamaican keyboardist, and we have a Puerto Rican guitarist/singer-songwriter, and you have me, the American, that’s doing everything that the original Wailers’ intentions were, to carry on the spirit of the original Wailers.

What does the creative process look like for you as a collective?
Our creative process as a group is that we all work together in the studio and live. We are not a tribute to Bob Marley and the Wailers like other incarnations of the same namesake. We write our own songs, and our creative process is basically to keep the spirit of the original Wailers music in our production without being a tribute. There are too many tribute Wailer groups out there.

We write our own songs, and our creative process is basically to keep the spirit of the original Wailers music in our production without being a tribute.

We write our own songs at the same time. Chet Samuel is Puerto Rican, again I said we have an African drummer, a Mexican bass player, a Jamaican keyboard player, and an American singer-songwriter and guitarist and producer. So that’s how we work together collectively, and at the same time we’ve traveled all over the world, have been able to touch people in Español and in English as well. So that’s how we formulate our music. We’ve been nominated twice for a Grammy by the Academy of Arts here in California, which proves that the music is still alive and strong.

Which of your shows have been the most memorable, and why?
I had the opportunity to work with King Mohammed in Agadir, Morocco. There was a very memorable show with 150,000 people, In the name of the king they came— it was his birthday, we were the headliner. In Agadir we stayed for a week, we got to see the country, we ate the people’s food, we met all the people. Morocco was a beautiful place, and this was one of the more memorable shows of my being with my incarnation of The Original Wailers. We played with a lot of Moroccan musicians, and we got to jam with the native people, and it was one of the more memorable moments of my career.

Do you have any wild stories or experiences that have happened during a performance?
The wildest story I have with The Original Wailers is when we were playing in northern Italy in the middle of winter, and there were maybe 2,000 people in all. We were playing live, obviously, and there was a gentleman with his girlfriend… it was so crowded, all of the audience was basically sitting and lying on the stage as we were performing, so they were right in front of us, because there were too many people, really. And we didn’t mind having people in front of us, because we were performing to them. And it was very intimate. At the same time, there was one gentleman who was having a problem with his girlfriend while we were performing, and it was interrupting our show. A young man was trying to hit on this guy’s girlfriend, and the boyfriend of the girlfriend didn’t like the guy, so there was some commotion on stage and then there was some pushing and shoving with the boyfriend and girlfriend. We tried to calm them down in the middle of our performance. So we started to play songs like “Turn Your Lights Down Low”, “Makes You Wanna”— which is an original song by Chet— and “Is This Love”, and as we started to ease the tension with the catalog and some original material, they ended up literally loving and kissing each other, from this terrible turbulence on stage. It was a very romantic evening and that was Italy! One of my more memorable, and strange, memories from touring.

Get your Sunday in the Park tickets here.