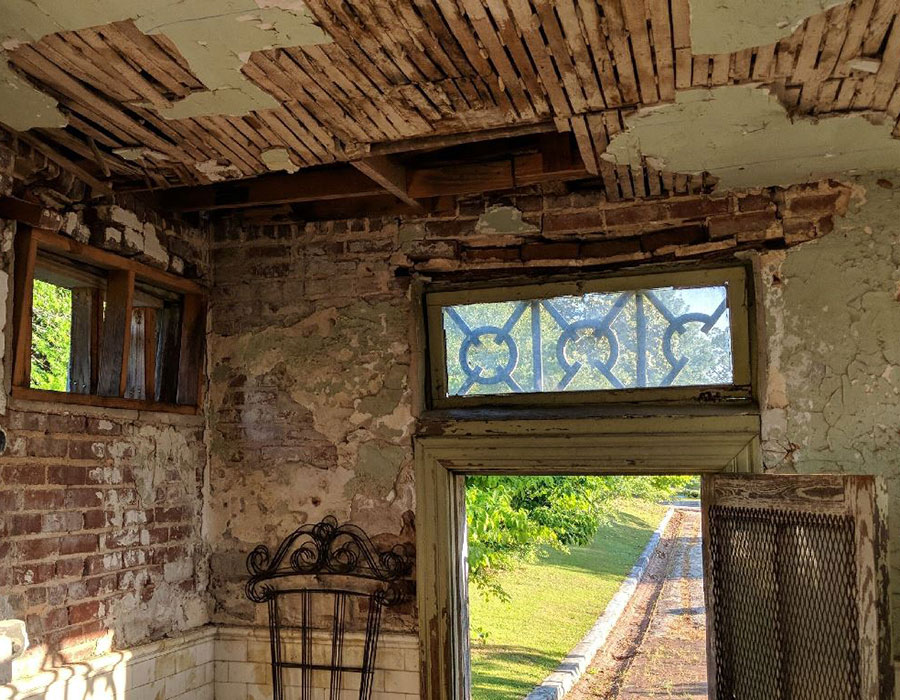 Although Oakland started out as a utilitarian city burial ground, it expanded throughout the 1850s and 1860s to become so much more. Atlantans of the late 19th and early 20th centuries used this space not only to bury their dead but also as a park. The Victorian desire to escape from the clatter and clutter of a growing metropolis is evident in its park-like design—terraced hills, the curving roadways in the northern half of the cemetery, ornate monuments, and the abundant ornamental landscaping. It is also apparent in some of its non-funerary structures.

Between 1899 and 1915, eight buildings were constructed to support the maintenance of the grounds and the needs of visitors. Seven of them still exist. The sexton’s office and chapel (The Bell Tower), the greenhouse, the coal house, the carriage house, the guard house, and two comfort stations. 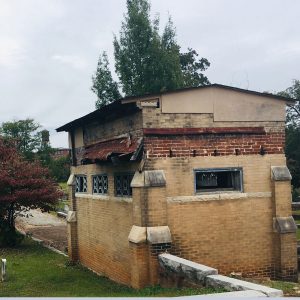 Comfort stations functioned as restrooms and places to temporarily escape from inclement weather. They were a common feature in parks in the early and mid 20th century. While many have survived, you are hard-pressed to find one remaining in a cemetery. At Oakland, we are extremely lucky to still have both of ours. The women’s and men’s comfort stations were completed in July 1908, years before anything similar was built elsewhere in the city. They served the cemetery for several decades before being closed for security reasons.

Oakland’s Comfort Stations are important because they help tell the story of Oakland’s use as a park in addition to its use as a burial ground. Their Italianate exteriors along with the patterned tile floors, beautiful blue plaster, mirrors, and marble stall partitions of the interior show that these were no rough-and-tumble outhouses but rather important features of a place of public leisure. If they are lost, a piece of Oakland’s story is lost too.

Although both comfort stations are in need of repairs, the Women’s Comfort Station is in far worse condition. Ever since a tree fell and smashed the roof nearly a decade ago, this building has been steadily deteriorating. The issues plaguing both the exterior and interior of the structure are numerous and include a large settlement crack on the south face of the brick exterior, rotting wood rafters, glass missing from windows, a temporary wood roof, and deteriorated plaster. If the building is not sealed back up with a new roof, masonry repair, and window restoration, the building will be damaged beyond repair in only a few years.

Oakland’s Comfort Stations are important because they help tell the story of Oakland’s use as a park in addition to its use as a burial ground.

A New Vision for the WCS

But we don’t want to stop at mere stabilization. We want to return this emblem of Oakland’s history to its former glory. Starting in March, we will restore the interior to its original condition, minus a few small changes. Most notably, the building will no longer be a restroom. Because of security concerns, we cannot have the building open at all times to public use. However, this building has many other potential uses we are planning to take advantage of. We will remove the toilets, which are not original to the building, and turn the space into a mini-museum capable of hosting revolving exhibits geared towards telling Oakland’s story. Other potential uses include small office space, event location, and a tour stop. Whatever its use turns out to be, the building needs to be preserved.