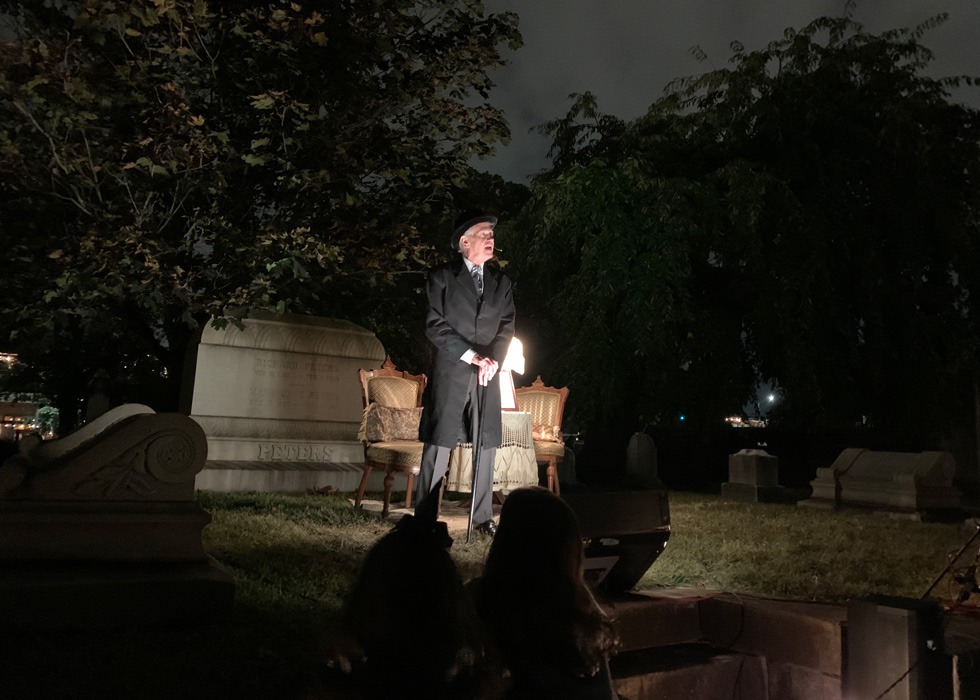 This is part six of a blog post series highlighting the Oakland Cemetery residents featured in the 2019 Capturing the Spirit of Oakland Halloween tours.

Pennsylvania-born Richard Peters was one of the most dynamic real estate and transportation magnates in the South in the 19th century. He established a southern stagecoach line, developed and served as the superintendent for the Georgia Railroad, and founded Atlanta’s first steam-powered factory. Peters was also one of the driving forces behind the petition to change Atlanta’s name from its original “Marthasville” in 1845.

While Peters was innovative and entrepreneurial, his fortune was built upon the labor of enslaved people who worked both in Peter’s Atlanta home and on his plantation in Calhoun, Georgia. The Georgia Railroad and other railroad companies also used slave labor to construct southern rail networks. After the Civil War, Peters founded Atlanta’s first street railway and began subdividing his significant land holdings to profit from Atlanta’s booming population growth. The Fox Theater, the Coca-Cola Company headquarters, and Georgia Tech now sit on land he once owned.